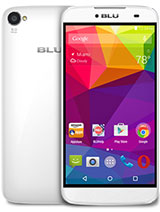 I am unable to get a network connection from my home. I contacted the Carrier with the problem. After they did an extensive diagnosis for several days, using data required from me, the Carrier confirms that the network bands are STILL under old technology for their models. It seems that the phone does not support the network in my area.
Also, they noted that the specifications on this phone are VERY LOW.

Based on my correspondence with the Carrier, from now on I am going to find out before purchase, what Bands the specific Carrier network will need.

Worst Phone I Have Ever Had

Anonymous, 06 Dec 2015I recently bought one and it is the best phone I have ever hadI got this phone in January 2017 and somewhere in March I had to reset it about 3 times, Apr, 3 and this month, twice. Even though there is an 8g SD card, a message keeps popping up asking for more space on the device rather than save on the SD card. The frustrating thing is that the card is selected for wonloads

This phone is great for the price with good resolution for the screen . Anyway, I buy this phone less than one year ago and now it's seems that the battery is dead . The number of app that can be installed is limited by the 8 go on internal memory and it's impossible to install app to the sd card. The camera is great but only at good condition , the low light picture is full of noise. In addition to that the selfie cam gives an acceptable pictures.
The battery life is about one day with normal use. It's worth the price even if there is some issues.

I had this phone for little over a year now... it's slow (with apps like facebook) and the battery life is a joke (when wifi/data and location are enabled). I wouldn't buy this again useless it had an octa-core and more than 1gb of ram.

I purchased my BLU Dash X Plus back in February 2017. I have had so many complications with this phone. Half the time I can't even access the internet. I have to trouble shoot this phone almost everyday. Now today is April 6, 2017. And I have tried multiple times to access Google+, Play News Stand, YouTube, ECT. The Blu Dash X Plus phone states that I have no internet connection. I've tried everything possible to get this phone to work. I've had nothing but problems from the date that I purchased it. I would definitely not recommend this phone to anyone. I'm sorry, but let the truth be told thanks you......

Is this phone worth buying? Is it even worth $100.

Does the blue dash x plus vibes on connected calls

Anonymous, 07 Dec 2016Is the camera quality good like close to iPhone good?Camera sucks!!

Anonymous, 06 Dec 2015I recently bought one and it is the best phone I have ever hadIs the camera quality good like close to iPhone good?

My got stuck on the very first screen after applying a factory reset, what can I do?

Anonymous, 30 Aug 2016I was thinking of getting this phone? i was wondering if its worth it buying it? i've checked ... moreYes, I just bought one last week and am very impressed with the phone so far..Its no iphone 6 but imo, being someone who is tired of Apple networks and iphones, this phone is exactly what I wanted. Its bigger and uses google play for apps etc. Im fairly picky about technology and its capabilities and absolutely recommend this phone....especially for the price

this is the LTE version http://www.gsmarena.com/blu_dash_x_plus_lte-7987.php

I was thinking of getting this phone? i was wondering if its worth it buying it? i've checked on the web and there's not much about this phone!

Djmack, 13 Mar 2016What is bad about the speaker? lol not sure how to explain it but uh i wana say its a bit loud n distorted? jus wen playin music everything else its ok like watchin movies videos or phone calls. its a great phone but wen i play music im like "wat the" lol? my old samsung exhibit sounds better to b honest

AnonD-509181, 13 Mar 2016thee only bad thing bout this phone is the speaker wen u play music everything is good plays v... moreWhat is bad about the speaker?

Total of 23 user reviews and opinions for BLU Dash X Plus.
ADVERTISEMENTS