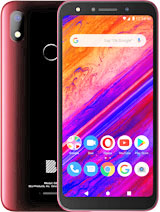 jojo, 19 Jun 2020i got it and its a pretty good phonewait a few months

It works in the US only....but.. pic quality is very basic. Don't try taking pics at night.
When testing the phone in Australia. It does not let you call ot text at the same time. No matter wich provider you switch to. Even though both 3G and 4G bands are 'supposed' to be compatible with the carrier.
And it's NO JOKE after 1 year it started to turn off all the time. Even when the battery is full. I am buying a new different brand one tomorrow asap!

Despite reading a couple comments about battery life, I still purchased a refurbished Blu G6 as my other phone broke and needed one quickly at an affordable price. So far, my phone has had no issues with battery life. My only complaint is the camera quality, which is okay, but doesn't compare with the Galaxy I used to use. Photos look fine with good lighting, though.

Jah, 01 Sep 2020I've had this phone for just under a year now. This phone should only be used a stand in ... moreJust get a new battery. A lot of my ebay bought batteries have done that. Check the contacts are clean too.

I've had this phone for just under a year now. This phone should only be used a stand in the gap, in which case it will just be ok. The battery life is not that great and recently the phone started turning off even when the battery is at 65%. Factory reset will not fix it, Only a new battery will help. This should definitely not be used as your primary phone.

This phone is awful. I bought one after I dropped and cracked my Honor 6X since Trump banned Huawei and I couldn't get another (loved it). This thing has crap battery life, terrible touch input, terrible autocorrect, terrible camera, and it just shuts off at about 40%. I think it lasts about 4 hours on one charge with moderate use. It also can't use any compass apps and it doesn't get near as good of reception at my house as other phones I've had. The fingerprint sensor is the worst I've ever used.

my blu g6 keeps turning off, and it turns off so quickly that it turns off when it turns on. i really hate this phone, and i've only had it for more than a year. i have tried to do factory reset twice, but before i did it, it turned off. and also, i tried battery saver, darker wallpapers, turning down brightness, and i also tried to delete over 100 apps on my phone. it still doesn't work.

The issue I have with this series is that the bandwidth is only at 2g on my own and can't be adjusted. That makes the network reception too poor. But if there's anything else you can advise me to upgrade to 4glite I will be grateful to know.

i got it and its a pretty good phone

I purchased this phone back in November 2019. The blue tooth is crappy. The sound settings for Media, Call Volume, Ring Volume and Alarm Volume all don't seem to work properly. If I turn down everything but the ring volume, those items that should be muted for media volume aren't muted, so those settings are hit or miss.....embarrassing during a meeting. If you have to restart or do a shut down and reboot, most of the time the phone won't recognize the storage card either for 5 or 10 minutes or ever until you restart/reboot. IT IS ONLY 2G. This is a cheap phone and is cheap in function. Don't buy this if you're used to an flagship level phone like I was. As such, I now have to buy a better phone. Avoid this phone if you can't deal with the shortcomings mentioned....

floresma, 19 Jan 2020i haven't received yet after so many bad reviews i'm kind of worried i hope i get a good one Did you get the phone yet? How do you like it? I think they are nice for the low price.

The colors are nice instead of boring black, silver, gold. It's either blue or red, both are a gradient color that turns to black in the center. Pretty nice looking phone.

Nice big screen, device not too big, kind of light weight but not way too cheap feeling kind of like samsung, medium thickness feels good in the hand. 3gm ram, 64gb storage makes it nice.

No LED indicator in the phone! Camera is not that great, although at this price you might not have much to complain about.Vibrate stopped working. Frankly Blu is really hard to beat when it comes to bang for your buck, especially in the DUAL SIM market segment (in North America). Yes if you are in China, Europe, Asia, Africa, etc. you might get cheaper phones just as capable, but it is nice being able to purchase from Amazon and get fast delivery (or ebay with the used market, which is where I got this one for $60 USA). It sells for about $112 brand new (USA dollars) including the shipping. Only lag is in the camera sometimes, maybe I just needed to reboot, not sure, haven't used it tons yet. Good phone for the price though. Nice colors (Blue, Red), 3GB ram, 64GB Storage and a good enough processor at this price in a Dual Sim device. Yeah, I do like this phone. Also since it is lower-end I don't feel so worried if something happens to it, although the size to screen ratio is so sweet and the colors yeah I'd be bummed if it broke lol.

It's ok but the cameras are bad always making the pics too light to make up for the bad/cheap camera sensors in these phones. Even an older Huawei is quite a bit better of a camera, and all my other phones are better of a camera than this Blu G6 is.

The vibrate motor does not work in my phone (bought the phone used on ebay).

Everything else it seems to be ok. Although when I used this phone to update my fitbit the fitbit was having problems failing the update over and over, but it eventually worked. Not sure if it's the phones fault or not.

Having such a poor camera is kind of bad in this day and age, so I will probably get rid of it for something else.

hi I have BLU Smartphone Model G6 and is not working APN set up whenever I enter APN name still not Working how can I fix it?

Looking like a good phone but they say it's colors are black and red;-but I'm not seeing any black color:-i'm seeing blue and red so can someone tell me if their is a black colored one before I buy it;it;-I don't want the blue or the red colors

Total of 18 user reviews and opinions for BLU G6.
ADVERTISEMENTS