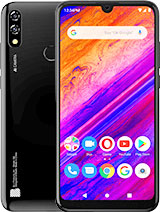 Anonymous, 08 Feb 2021My sister brought it to me from USA, I'm in Ghana but the 3g and 4g aren't working a... moreThe only way to help you is to tell you to buy a new one. BLU brand phones are terrible, hardly one would last more than 1 year. That phone brand was good when it came out. But now none of his models are good for anything, just as paperweights.

My wife and I both bought one at Best Buy. Hers basically stopped working after 9 months. Mine still works ok after 1.5 years, but is a dinosaur dressed up like a mammal (looks like a modern phone but is really older tech). It will not even be supported on networks starting next year 2022 because it is that outdated. Not even a decent cheap phone. The graphics are pretty good and I don't use my phone anything fancy so I am still using it. Not recommended. A 3 year old Samsung Galaxy will be cheaper and work way better.

It only work in 2G which is very annoying. I don’t recommend this phone. I am trying to use 3G network but it won’t work. Any idea please.

It seemed like a good phone at the start worked great for all the apps I downloaded and used and it never seemed to lag at anything. However after about a year and a half of use I noticed that the back of the phone seemed to be not as flat as it used to be. Then about a week later the backing of the phone came off and you could clearly see that the battery in it was bulging out of the phone. Buyer beware!

I purchased Blu G8 last year (2019), and believe me; it's one of the worst phones I've ever used. Don't ever compare with Samsung and other big mobile making companies. The only plus point with this phone is its battery (4000mah), which will degrade timely, and within 1 year, it'll give you 6-8hrs battery backup. Since this phone doesn't have a fast charging option, it'll take overnight to charge fully if the battery dips

My sister brought it to me from USA, I'm in Ghana but the 3g and 4g aren't working at all. When you go to 4g the network goes off entirely. Only the 2g is working and it's very slow. How can I fix it because my ISP's says it's not a 4g phone yet all the specs indicate otherwise. Please how can I fix it? I need your help

One of the best budget phones I ever used. Battery life was great. Plenty of storage and dirt cheap. Would compare to many flagships. Totally happy with purchase

A brother bought this phone for me ....i tried charging and on the phone....but it didnt come on till now.....so painful.

Hello, I bought my Blu G8 from Best buy in California and am a Ugandan but I find hardships with the mobile data as the phone is so slow and even it doesn't tether with my computer. Even after swapping my SIM card from 3G to 4G the internet still poor but with WiFi it is so fast. What could be the problem and how can I solve it. Thanks

Hi, I bought this cell phone a month ago at best buy and couldn't have a good picture. Whenever I take pictures, they seem blurry. I tried to fix but couldn't figure it out yet. Any recommendation? Thanks

RickE, 28 Sep 2019I just bought one of these at BestBuy in Chicago so that I could use the second SIM slot when ... moreHave you tried to set the dutch SIM card as primary? Probably sold you an LTE only plan, which doesn't support the 2G GSM, so without setting the SIM to primary you won't get get either internet or calls.

I just bought one of these at BestBuy in Chicago so that I could use the second SIM slot when I was in Europe. Well I'm in Amsterdam now and just bought a Vodafone SIM and guess what. It doesn't work. The SIM works fine in other phones, just not this one.

That was my only main for selecting this phone...

I'm seriously disappointed. My other single SIM phone works just fine in Europe and it was actually cheaper than the Blu.

I just bought one and it has way better reception than my more expensive galaxy s8!

Reminds me of a Huawei phone, especially with the whole "AI Camera" thing and the camera placement

Total of 15 user reviews and opinions for BLU G8.
ADVERTISEMENTS