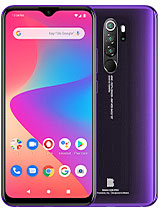 Carl, 20 Mar 2022Garbage, I liked the phone until At&t stopped 3g. The phone resorts to 3g for phone calls.... moreSo if you liked the phone, but then ATT did things that made it not work for you. It isn't BLU's or the phones fault. I moved from ATT to Tmobile due to customer service issues during their 3g shutdown, this phone works fine on Tmobile. I attempted to verify your claim that the phone calls over 3G only, but was unable to find verification of that claim. Anybody who can find a source on that, send a reply. Tmobile's 3G shutdown is 7/1/22. I will update if the phone no longer functions at that point.

Garbage, I liked the phone until At&t stopped 3g. The phone resorts to 3g for phone calls. Therefore it's useless. Their response is go to T-Mobile. They plan on shutting down 3g too. Do not waste your money with a Blu. This coming from a guy who has bought the last 3 flagships of theirs. Company is garbage.

Charmander, 23 Feb 2022This phone has too little ram and it is so slow and laggy. Also it keeps restarting after it t... moreIf you knew that (which I am sure you did after reading the specifications THEN WHY DID YOU BUY IT? QQ

This phone has too little ram and it is so slow and laggy. Also it keeps restarting after it tries to load the apps once you turn it on.

Excellent cell phone for its price. Very good benefits. Although it does not have great processors or ram it works very well. The cameras have very good resolution taking photos or selfies, great. The battery lasts the necessary time and charges quickly even with a wireless charger. The phone is compatible with T-Mobile and Claro 4G LTE. I started with the G8 as the phone I had got broken when it fell to the ground. I liked it a lot and over time I changed to the G80, also very good. I kept looking according to the specifications I wanted and found the G90PRO. Until now I have not found another phone with the same features and price. They always give you some things but eliminate or reduce others.

misskia2011, 02 Feb 2022who did you go with ? my straight talk stopped service on me this week wanting me to take one... moreI just went through this with Tracfone. I switched my sim to T-Mobile and I am fine. The phone does support VOLTE but apparently ATT has not certified it yet.

jefreth, 26 Aug 2021True but what most don't know is that Cricket is removing all 3g phones in Feb 22. So ins... morewho did you go with ? my straight talk stopped service on me this week wanting me to take one of their phones ?

How did I only just now realize this is an absolute rip off of the Redmi Note 8 Pro.

iramos21, 07 Jul 2021I have never purchased a BLU phone until now in which it's this G90 Pro. The biggest mist... moreTrue but what most don't know is that Cricket is removing all 3g phones in Feb 22. So instead I just found a different carrier. So far for a $200 phone I like the Blu G90 pro.

I have never purchased a BLU phone until now in which it's this G90 Pro. The biggest mistake I've ever done because I can't even use it on Cricket Wireless and supposedly it says that it can be used on any GSM carrier. WOW!! Quickly selling and never buying from them again.

Dreadnowt, 26 Feb 2021I have owned one of these for 4-5 months now and I feel like I am getting my money's wort... moreI've had this phone is like November (7 months) and it runs perfectly, only time it dies, is when I'm too lazy to charge it and try to make it last all day. everything is smooth and it makes my iphone friends mad at how good it is. like it's currently 3:30 pm I've been using it for 4 and a half hours and it's at 65%. quite the steal for the price

Zilong, 19 Jan 2021Actually this was Cherry Mobile Aqua S9 Max in the Philippines.....same G90T processor, Same B... moreyeah i too am from the Philippines and i aswell recognized the design of the phone looks very familiar to the cherry mobile aqua s9 max

I have blu smartphones, the problem is getting your accessories here in Kenya.

Angelo, 26 Feb 2021The design and camera placement is really similar to Xiaomi Redmi Note 8 proI can't unsee it as well

I have owned one of these for 4-5 months now and I feel like I am getting my money's worth. The best feature is the BIG battery that will easily last all day unless you use it non-stop. I have never had it run out of power on me, not yet. The screen is crisp and colorful, everything looks good. Most apps run just fine, and it works well on AT&T in the USA. It is called a gaming phone, but I am not a gamer - I just wanted a reasonably priced Android phone with good features.

On the complaints side: The volume button is a little annoying and does not give the user enough volume control. The start up sound is loud. The camera is big, but does not take superb photos, altho to be fair I have not sat down and fully explored the camera features. Most irritating of all is that receiving a text message shuts down anything I might be listening to! I listen to a lot of podcasts, and if someone sends me a text, I have to reboot the phone to get back to my podcast. Also, I like having a nice case for my phone, and it took me a while to find a good one, since not very many companies make cases for this phone.

I don't know much about the company and would like to learn more. I am wary of Chinese unlocked phones because of concerns about spyware and the fact that most of them do not have warranties. However Blu is an American company and offers a 1 year warranty. I have read that it is a front for a Chinese company (Oppo?), but not Xiaomi as one person here stated. They have a US address and appear to be incorporated in the USA.

If anyone has tips on how to stop text messages from shutting down podcasts, please share. It is not an Android 10 issue, since I had another Android 10 phone that did not do that. My other Android 10 was the supposedly great Google Pixel and the charging port on that broke after a week or two.