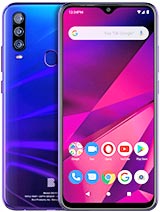 I recently was told that my BLU G9 PRO would not work with the new 5G AT&T network so they cancelled my account and told me to buy a new phone that was compatible. Well I found a company called Patriot mobile and they said that my phone would work with their sim card. Well everything worked except calling out or receiving calls. So we started looking for why it wouldn't work and found no answers. The tech people at Patriot mobile couldn't find the answer for me and they tried for 5 days God bless them. So I was about to give up when I decided to pray for the answer. And here is what I heard.

To make older BLU G9 PRO cell phones like mine work on AT&T networks go into "settings", then " mobile network", then "advanced", then "preferred network type", then pick "3G/4G", and it should work. It worked for me.
God bless you and yours.
Sincerely
Ronald Gantz
ULAPTA 😎

my BLU g9 pro no service from TracFone

My BLU g9 Pro no service from AT&T sim card

Chicky, 13 Jan 2022I have just bought G90 Pro. Started not working on cell service and when I attempted to call s... moreThis AT&T high jacking your phone in order to sell you a product. Someone should sue AT&T. I pay for their service contract and they MAKE MY PHONE UNUSABLE for many many minutes every week trying to sell me their products and listen to their sales people.

been using this phone for around 7 months upgraded from the regular g9 and I must say I love it, its a perfect phone have never had any problems until now on straight talk whom I have been a customer of for 6 years im getting hung out to dry because of their update to volte I wont get service anymore without switching to a tmobile sim card which wont help me because the tmobile towers don't cover where I live so for the first time in 6 years I'm no longer going to have a cell phone anymore because I cant find any other carrier that it will work on here

Ima Surfer, 30 Nov 2021I got the same message. After multiple calls and hours on their chat I was told my phone didn&... moreI have just bought G90 Pro. Started not working on cell service and when I attempted to call someone, got a voice saying to speak to ATT.

If our phone is 4 G LTE, it says it will work on their network. But I don't get the VOLTE setting. Is it VOLTE? I am seriously thinking about jumping ship. I want to contact BBB, my credit card and the FCC about I am paying for service and ATT blocking me for no reason. Per their website.

Richard, 29 Oct 2020Am finding it all a little confusing... Eventually I got to speak to a person at BLU - they... moreI changed from an AT&T sim over to T-Mobile sim on the Tracfone network because of the white list issue. It is a certification issue with AT&T per BLU tech support. I do not believe it is a compatibility issue but a technicality. If you have to use it on AT&T's network, you are rolling the dice.

It has a nagging issue of the screen not reacting to touch. You have to turn the screen off then back on. Sometimes many times in a row. They don't know how to fix it. It's a well known issue (do a search and you'll see how many people have seen it). Don't buy this phone!

Ken, 24 Nov 2021I bought my G9 Pro in 2020, as it is a good value for an unlocked phone in the under $200 pric... moreI got the same message. After multiple calls and hours on their chat I was told my phone didn't have an LTE SIM card. I ordered and installed the new card and the message disappeared.

Anonymous, 27 Oct 2021To get your Blu g90 pro to work with the volTE you have to go to yout settings and switch off ... moreCan someone confirm that is using the G9 on voLTE that you change the preferred network to 2/3/4 G and NOT 2/3/4LTE as I have just changed to T-Mobile from AT&T on my Tracfone account.

I bought my G9 Pro in 2020, as it is a good value for an unlocked phone in the under $200 price. I use mine on Tracfone and had no problems until the 3G network shutdown started. Got notice from Tracfone that my phone would not work after the shutdown. I had an AT&T SIM card. I contacted BLU tech support, and was advised that indeed the G9 was not on the AT&T approved list, but that it is on the T-Mobile approved list, and is voLTE compatible. So I got myself a T-Mobile sim card from Tracfone and have just installed it yesterday. So we will see how the story goes. The only thing I am uncertain of is the settings for the preferred network type. I have options of 2G/3G/4G/LTE or this options without the LTE choice. Now I have it set on the 2/3/4/LTE.

To get your Blu g90 pro to work with the volTE you have to go to yout settings and switch off the 2g,3g,4g lte and use the 2g,3g,4g preferred network type.

I have been with cricket 2+ years and have had a Blu phone the whole time. I completely get where you're coming from and you may need to call their corporate office to get all that fixed. The best of luck to you!

Carrie1975, 26 Mar 2021None of the Blue phones will work on Cricket now. I have a G90 and have been advised if I ever... moreI'm using Cricket now and it's my second Blu phone

Live2love74, 27 Apr 2021So I have AT&T my G9 Pro worked fine in the beginning but I had to send the phone off to... moreI had the same issue for a moment. All that is required is letting the att person know that it IS completely compatible with their network. All that is required is a bit of confidence when speaking to them. If need be just ask for a supervisor. I'm not quite sure what they have to do on their end but it'll require you as the customer to turn the device off for 10 minutes and once you power it back on everything will work completely fine. I had the same issue so I know exactly what you've went through and this response is the perfect way to have your phone back on and running. In the event that one rep isn't intelligent enough to do the job, just simply hang up and call back. From my experience it's always a female that knows what to do. I know, it sounds sexist. I've had to do the same thing with 2 other Blu phones and every time it's been a female who knew the steps, the men seem to have an ego kick once told they don't know how to do their job. I've actually had one of the call me back and apologize because I was right and they looked back and noticed that it actually did get fixed just as I said and he felt the need to apologize to me.

Ok, 24 Feb 2021The G9 seems to be ok except is doesn't seem to allow wifi calling (even using Google voi... moreMy G9 Pro works fine over WiFi for Google Voice.

So I have AT&T my G9 Pro worked fine in the beginning but I had to send the phone off to get it fixed and I even called AT&T to make sure I have no issues switching back to it once I got the phone back which I was assured there would be no problem, which was straight BS. When I put the Sim card back in the blue phone it suspended my service and I was told by AT&T it was no longer compatible and that their system showed it as a 3G phone Which it isn’t. It was really frustrating and then they wanted me to repay to start my service all over again so I’ve been fighting with AT&T for a month what it comes down to basically as I want you to spend money on one of their phones because of all this new 5G crap. Really upsetting me I only bought the final six months ago and I can’t use it. So just be careful if you decide to switch Sim cards because most carriers an hour saying the phones are compatible

JD, 17 Nov 2020I bought the phone but am wondering which memory card can be compatible with it. I just want ... moreFor Sim cards it supports GSM Nano SIM (Nano is the smallest size), and for SD card size I think it supports up to 128 GB(if you have more than that on your SD then it should work but only 128GB will be usable) and the physical size is Micro SD(I personally use PNY)

If anyone has issues when they get a new unlocked phone (for anyone who is unaware Blu phones do come unlocked) and are switching their old number to it, you're supposed to buy a replacement SIM card for the new one, if you don't, then providers reserve their right to suspend or otherwise ban service to that account or number. It's in the fine print if you actually take the time to read it and if you choose not to then just take my word for it. If I'm not mistaken they give you something like 36 hours of using your old SIM into your new phone (for contact purposes so you can contact them) before they terminate/pause

Lgd, 16 Mar 2021So excited to get my new BLU G9 pro! Put the sims card in and uh-oh!! My carrier doesn't ... moreYeah Cricket has started blocking by IMEI and it's their opinion no Blu device can be used on their network. It sucks. They shut my boyfriends phone off for two days when we tried to put a different model on in Feb. I was informed that my G90 is in violation and never remove my sim.