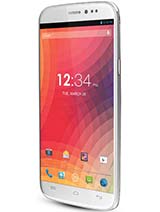 I purchased my Blu Advance 5.01 and hate it goes on for no reason, when i tried to factory reset it goes to Optimizing don't know why would never buy one on these again I even called Bell cause could not get in was locked out they told me to call company said they don't know anything about the phone this is my opion

My blu life one is 16 mos old. Have really loved it except it doesn't receive when others do. 2 weeks ago it bricked. Friend at work told me about the developer start up trick, hold down vol & start button for 2 minutes and that worked. Today I used internet for a while longer after the low battery warning and then charged it. Checked status & it was at 54%. Wanted to use it while it was charging but it was a brick. Developer trick didn't work. Tried again for 3 minutes, no go. Then held down start for a while and it started as usual. Guess that is the 30 second trick. Thanks. Just wondering what is going to happen next.

blu life one x2 got dec 2016 works fine except---i can't log onto most
public wifi it says i'm connected but want access internet. tried google/chrome/firefox/opera .. keep getting msg unsafe site and log off and try logging in again.. if i turn wifi off and data on i can access net.
is there a setting to enable public wifi only settings i havent tried is [developer options] haven't tried dont want to mess up sys.

Charles, 23 May 2016I have a BLU LIFE ONE X, and so far it works fine. :) I have had my Blu life XL for about a month now. It is a great phone so far, but recently it started shutting down my apps every so often. I don't know why.

brand new blu life one x2 won't wake from sleep mode, or unpredictable with it. the screen won't awaken when a phonecall comes in so I can't see who is calling. How do I fix this?

Anonymous, 20 Sep 2015i have the blu 5..5 and its not charging it will charge for a min and then stop what is the problemI just recently purchased my BLU STUDIO XL about 2 months ago and all of a sudden it stops charging. Do anho e k ow if this is covered u der the factory warranty? I've tried other chargers. Even tried wrapping it arou d a couple time. It'll start charging then stop. It feels as if the charging Oort is loose. Help me plz!!!

Decent phone.... Sturdy in your hands. Display is bright and crisp (LCD sadly not Amoled) Sound could be better. Screen response is quick. The quad core Cortek does the job albeit with a modified Blu Android OS.
That's the only issue I have. Blu had to modify the OS so it can run smoother on the Quad core Cortek A7 with 1GB of ram? Sad when a phone manufacturer has to stoop low like that. Because of that that.... Because the rom is not based on AOSP it is not upgradable. I have a phone which is two years old and still running 4.2. Less apps are becoming accessible on the Playstore. Biggest reason why I'm replacing this with a Grand Prime.

Phone sound , 06 Apr 2016Why does my BLU XL phone always turns it volume off. I have looked at settings until I am blu... moresame problem, cant find a solution either

Anonymous, 14 Jul 2015I have the blu studio x plus and I've had it about a month and when I charge it the battery ch... moreMy dam screen will not light up

My Blue Life x8 one day had a grey screen. The audio works fine but the screen is this cloudy grey. Please help.

Why does my BLU XL phone always turns it volume off. I have looked at settings until I am blue in the face and cannot find a permanent solution, Can anyone help

The face of my phone isnt coming on

It has so many probs and after i used it . The wifi and Bluetooth is also not working and about space it only give me some kind of space if i reset or delete every thing from it

my blu life phone dosent have the smart awake function

my BLU studio G was exactly a month when it fell and a car ran on it.The screen is broken and since then I have been trying to fix it but I could not because it is not available in all the shops.How can I get it

BSMOOTH, 11 Jan 2016i have a blu studio 5.5 c that i been using for few months now it came a time were i try putti... moreIt has to be reset using a factory program. It can be done but only by someone who has access to the Blu Images. We do it at my company once or twice a week on the 5.5Cs.

BSMOOTH, 11 Jan 2016i have a blu studio 5.5 c that i been using for few months now it came a time were i try putti... moreI have had the same problem did u get yours fixed

i have a blu studio 5.5 c that i been using for few months now it came a time were i try putting it on but it just come and go off the coming on don't even go to desktop. how do i get this blu on i really want it on can anyone help me out?