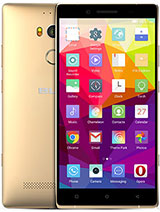 AnonD-614364, 26 Nov 2016I seem to have lost signal with AT&T. I had this problem once before and had to send it ba... moreA new SIM card might work. I've had some issues with not receiving texts. I could send but not receive. I went to AT&T, replaced the SIM card and it was back to normal. You can also confirm your network settings are properly set. (can locate online)

Still Have it, only phone i ever saw that the price went up like 60% great phone i wish it had updates to make it smarter, but nice piece of Hardware.

I've had this phone for about 2 years. It's been a great phone. My bf had an Iphone and he loved the pics I took with it. He loved the loud sound of the speakers, the huge screen, the vibrant colours, the design. I have to say it's been my friend for longer than I expected. I've dropped it several times, the edges got dented :-( because I didn't use it with a case. That's a problem I found... the protective cases that were sold were simple or ugly or very few.

Also, I had an issue with the USB charging port. It stopped working cause the pins got broken. And it was literally impossible to find a new one. So I took it to a shop where the technicians were honest and professional and they solved the problem by soldering the port of another phone model. They adjusted it and it worked! They also secured it with some special tape and voilà! It looks like it worked out. However, I am disappointed with BLU cause they should distribute parts all over the world. I thought I was never going to have it on and working but it did!

The USB charging port probably got damaged little by little after I dropped it with the charger connected.

Apart from this, it's never given me big problems... just the normal things... So overall I gotta say it's a great phone!

Bought two of these, one is doing great (other than won't run external camera via OTG). The other started getting overheat messages and turning off. This one has been away for a month, with no answer in sight. It is starting to look like my wife will get a new phone and I will have thrown away $350 on her phone. Yet my phone is working great (other than I can't get it away from the wife....) My verdict, a really good phone with a great screen, but marketed by a company that has nice people, but is not able to provide timely service or updates....

I've had this phone for a full year. I live in the states and I'm on AT&T, and I've had ZERO issues with my service. Yes, this is a situation of you get what you pay for. I'll honestly admit I've had a few performance lags here and there, and quirks, but they're manageable and easy to live with. There would have to be some serious performance issues for me to warrant spending more than twice what this phone costs on LG, Samsung, or Apple, just for the peace of mind in knowing I have a "top tier" phone that is going to operate better than any phone out there. This is a $300 USD / €285 EUR phone. It's meant to be an affordable flagship device, so don't expect the best out there. Still worth every penny in my book. The only other phone that comes close for 2016 is the Axon 7 in my opinion.

I seem to have lost signal with AT&T. I had this problem once before and had to send it back to the manufacturer in Miami. Is there some way to get the signal back? I've rebooted a few times and changed a few settings, but then changed them back. Open to suggestions, definitely.

HR, 12 Oct 2016The BLU Pure XL is absolute crap. Got my phone Christmas morning 2015, 10 months later I have ... moreNot mine. Has been a pleasure since day one.
Reboot your phone more often. It does help the phone run more efficiently.

The BLU Pure XL is absolute crap. Got my phone Christmas morning 2015, 10 months later I have issue after issue. My phone will freeze and throw itself into a loop of turning on and off repeatedly until the battery finally dies, it has also started shutting down if I even as much as touch the phone. This phone was very well taken care of. Always have had a protective case on it, never dropped it or gotten it wet. For the price of this phone it is horrible. This phone will not last you 6 months. Stay away from BLU products.

It has a 6 months life time,same my previous phone -blue studio 5.5.Just dies after maximum one year.Such a shame because I really like this phone R I P.

no matter how much anyone likes this phone it has issues brand new took great care of it and after 27 days it shuts down as fast as i can start it. so its pretty much junk.

I have had this phone for 2 mo's, I have never had any problems with it. Sorry to hear all the problems you guy's are having. I do turn it off every single night. I also have to refresh the signal due to the fact I stream music a least 12 hours a day. Cricket.

Jeff canuck, 04 Sep 2016For people having shutting down problems follow instructions below tried on mine and seems to... moreWill this stop it from shutting off on its own? I tried this and my phone won't even get to the logo screen? Anyway I can speak with someone from blu quickly?

AnonD-575452, 23 Aug 2016Hi, I have a Blu pure xl and for no reason it shuts off. What can be the problem? Even when my... moreMine does the same thing I've factory reset and it didn't fix the problem. I've tried contacting blu and there was no assistance what so ever, I'm upset this happened this is a great phone

AnonD-575452, 23 Aug 2016Hi, I have a Blu pure xl and for no reason it shuts off. What can be the problem? Even when my... moreI think it's a problem with the phone, at first it only turns off once in a while then it will only be on for like half an hour and shut off, then it will turn off once you see the BLU Logo when you try to turn it back on ,I have had to send it to Blu 3 times and all those times they sent me a replacement and it would happen again. At this point they offered me the Energy Xl as a replacement so I took it. Blu hardly ever upgrades their shit so it may be a while till we get a good replacement.

Hi, I have a Blu pure xl and for no reason it shuts off. What can be the problem? Even when my battery is 100%. But if I leave it on charge it doesn't always shut down. but if I start using my phone normally it just shuts down. Help please I really like this phone :-(

Hi, can someone please help me. My phone keeps shutting down. Battery is 100% but it will still shutdown. Help please.

Firefly2000, 18 Jul 2016make sure when you first get your phone that you drain the battery all the way down, then cha... moreIn Pokémon GO can you use augmented reality when capturing a pokémon?