BLU took the wraps off the affordable Studio 7.0 tablet with 3G connectivity. Curiously, despite its considerable size, the Miami-based manufacturer calls the slate "the world's first 7-inch smartphone.” 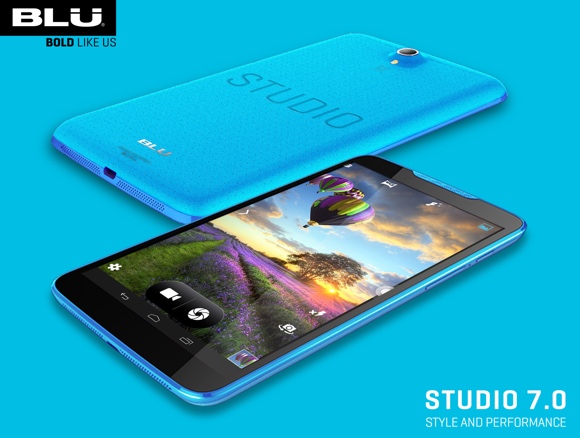 BLU Studio 7.0 packs a 7” display with the rather lowly resolution of 1024 x 600 pixels. The device features MediaTek chipset with 1.3GHz dual-core CPU, Mali 400 GPU, and 1GB of RAM. Network connectivity of the slate includes quad-band GSM/GPRS/EDGE and tops out at 21Mbps HSPA+. 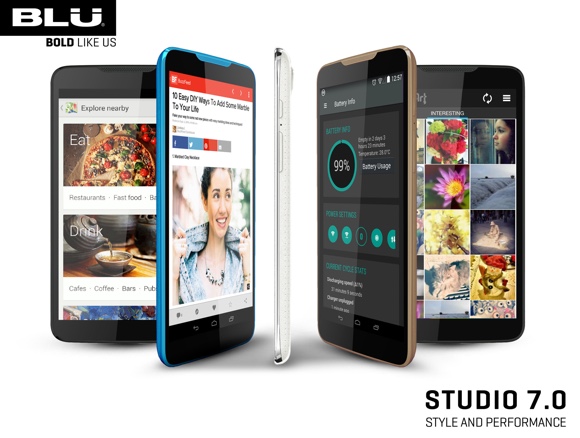 The rest of the device’s specs include 8GB of built-in memory, microSD card slot, 5MP main camera, and 2MP front-facing snapper. Android 4.4.2 KitKat is the default OS out of the box.

BLU Studio 7.0 is available to order on Amazon in the United States for $149.99. There are four available colors - white, gray, blue, and gold.

There are more and many smartphones with 7" Display. Such as Asus Fonepad 7,Samsung Galaxy W,