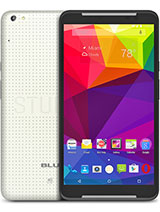 Eric_of_AZ, 09 Aug 2016Great display. Loved everything about this phone except the processor. It has a horrifically... moreComplex phone:3G+4G slot wanders.Thus settings re service provider can backtrack to 2G with your problems outstanding.Be sure maintain 3G+4G slot for super fast work.

This phone is great for the price amazing screen size now I see all other phone small. The only problem is the processor slow, slow, slow.

Great display. Loved everything about this phone except the processor. It has a horrifically slow processor. Switching between apps takes forever. Sometimes I go to the home screen and it's blank ... for 15 seconds or more before the apps display. It's not a virus, as I have had several of these, and it does it from day one.

Joy, 27 Jul 2016Phone does not support 4G as said, also no phone cover available for the phone coz it supports 4g lte , just read the model name BLU Studio 7.0 LTE ...does it ring a bell? lol

Phone does not support 4G as said, also no phone cover available for the phone

blu studio 7 lte wont work with tmobile data.. I can get it to work threw wifi but not phone data and tmobile was no help

Do this work with metro pcs/mobile??

I recently got my Blu LTE and I must say it has surpassed my expectations. For $109.99 there isn't anything out there with this screen, decent speed, and if you want it to respond faster install Google now launcher, Google keyboard and Google messenger. Your experience with this phone with improve dramatically. Great job Team Blu for making a budget friendly phablet.

phone is slow as f*ck crappy os, ultra slow but well worth for the screen, battery size and dual sim , if anyone has a launcher or lock screen that speeds this phone without rooting i would appreciate it but really the os current speed even with the updates blu releases its garbage i got 3 year old androids on kit kat that are faster than this one

Everything is OK with me.For a little bit over 100 bucks,you have a phablet 7" LTE ,the Huawei mate 2 is the same specifications but it's 200 bucks.And I don't know why you have to reboot? I never do that because it works perfect,I had mine about 6 months and until now ,no problem.I got mine at B&H,american version with a latest Lollipop.Maybe you got a Chinese version?

I am appalled and disappointed by this phone. You have to reboot it every time you would like to use it. It takes quite long to respond to your touch. Definitely not worth the so called budget price. Misled and disappointed. will not purchase from this manufacturer again ever.

I have problems every time the phone reboots. Then I have to do a factory reset, and already tried two phones same issue with both. I'm ready to send this one back and go with the 6.0 If anyone has any suggestions please let me know.

John, 05 May 2016Does it really have front facing stereo speakers?Yes! It's not stereo since most people ask. One speaker on top for phone call only and the bottom for music and so on.

I bought this phone and it is saying that the sim card is not detecting, how do I get this to work now

John, 05 May 2016Does it really have front facing stereo speakers?Not stereo front speakers.

Does it really have front facing stereo speakers?

I purchased 3 Blu Studio LTE's just a month ago. One phone is showing issues in the microphone, cannot hear clear audio speaking to someone. The other phone had been shutting down constantly and restarting often on its own. Now it did a shut down and comes back up with only the white Blu Studio screen. I have tried to reset the phone to factory but it continues to fail the reset stating cache issues. I have as of today issued my complaint to Blu and am awaiting a response. Hopefully they will do the right thing and trade me for a new one and be done with it all.

Megs, 03 Apr 2016I only got my phone two months ago.it have never fallen or got wet .while speaking to someone ... moreSame problem with mine! Not only that speakers went dead after only a month, but it was well taken care from moisture, bumps, electrical overcharge or any classic phone killer. Its screen also goes blank at least once a day and I have to restart it. Some times speakers show signs of life for just a few seconds and go mute again. Design problem? Or just bad luck???