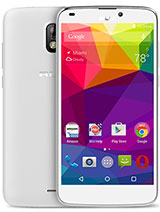 I got this phone in 2017 and since then it has never updated past Android 5.1. Within 2 weeks or so the speaker malfunctioned and the phone's audio was reduced by over 50%; the phone's options also changed after insertion of my SD card, preventing some minor features like clearing my memory cache, etc. Eventually, the phone's battery began to malfunction and each new replacement battery installed since took a shorter time to also malfunction, down to a period as short as 3 months.

The phone was, however, quite affordable, costing as low as US $50.00 in my country (Trinidad). It's screen is of decent size and, despite its low ram and primitive software could download and stream videos with reasonable resolution and speed (up to 720p). It's expandable memory allowed for some gaming, limited by the 5.1 version of Android used, but those games installed worked properly and consistently. In the beginning, prior to the battery malfunctions, the UI was smooth, intuitive and responsive. The camera was also workable, not suitable for photography but served its function when I simply needed to relay information. Also, with the exception of the speaker, the phone worked well for about 2.5 years, far longer than I expected for a device of that price.

If you're looking for a cheap handset to use mainly for communication, this is definitely worth the price, especially if you just need a phone to carry you over until your preferred handset is within your financial reach. If you need a phone for anything else, however, I can't recommend it. It simply does not have the specs to handle much more.

Anonymous, 26 Nov 2016Mine jut shut down after a few months with no hope of repairI lost $150.00 because of this and company wanted me to send it to them with no promise that they would return it or my money even though I had receipt.

JAYSKULL, 28 Jan 2017Hi I'm using a bku studio g plus, and it's been updated once since I bought it. And from the d... morecontact the company on their website. Call them. I had horrible customer service and will tell you to not get your hopes too high

doesnt update android software. contact with company proved very rude and unsuccessful. Deos not update drivers. I love phone but limited use because of the above . i have had it since Jan 2017 Would not rebuy any blu product. Horrible customer service

I bought this phone 2 weeks ago and haven't had nothing but problems with it had to reset it too many times to rmbr in that 2 weeks!

have you tried ebay?

My blu studio g isn't installing anything, from it has been upgraded once, since I bought it.

Hi I'm using a bku studio g plus, and it's been updated once since I bought it. And from the day it has been upgraded,I can't get it to install anymore apps that aren't from play store, I've tried everything I could and it's not responding the way it used to. And I wanna know if that's a factory problem or one that I can fix

Is anyone having terrible audio on this phone? I have to use external speaker to hear my phone convoys and I'm not deaf!I actually replaced d phone with a new one a day after buying it..same problem.

My opinion for this product is that it never gave me any problems it is really worth spending money to buy the only problem people might have wth it is how you use your device but for me personally great product keep up the good work.

Luna, 01 Jul 2016Looks like this is a problem with the phone because mine just turned off on me and will not tu... moreLuna, were you ever able to get your phone running, mine did that shut down trick today after three months of owning it,would like to know if maybe anyone else got their phone repaired after it shut down ???

Don't know what happened to my last review but it's good it wasn't published because there are a lot of problems with this phone:

Pros:
- Very fast startup
- Size/dimensions good
- Display is crystal clear and excellent
- Excellent for games/videos
- Had it for three months, no lag while running programs

Cons:
- Case chips/scratches easily
- Gets really hot running games
- Flash/light not the strongest
- Camera is useless for shots over three feet away
- Has hard time focusing
- Bad for selfies/picture taking people
- IS NEVER WARRANTIED! CANNOT BE REPAIRED IF BROKEN! BUY AT YOUR OWN RISK!

I wasn't told any of this by the people I bought it from and I'm angry. We were charged $165 dollars for a $125 dollar phone. Do not pay more than $125 for this phone or any phone that isn't one of the big two.

responding to blulvr's comment
Ya 2015 with a 2008 camera wippadeedoodah who the he11 gives a FI_ICk Everyone isn't Rich enough or still on Mom And Daddie's Family plan I mean is your review really your opinion because you've tried the phone or are you just on here to make people feel like they made a dumb choice or somehow are incompotent cause they don't have a 2016 camera got a little piece of advice for you "Get a Life".

Luna, 01 Jul 2016Looks like this is a problem with the phone because mine just turned off on me and will not tu... moreDon't suppose you'd be willing to let me have your now bricked phone, eh? I could use the parts to repair mine.

Blu user, 26 Apr 2016Phone just shuts off and wont turn on haven't had it for a month anyone else has this problem? Looks like this is a problem with the phone because mine just turned off on me and will not turn back on today! Now I'm out $120. This phone was great now it's just a piece of shit

Total of 33 user reviews and opinions for BLU Studio G Plus.
ADVERTISEMENTS