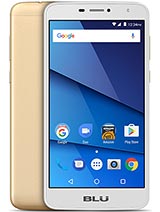 Hc, 02 Jul 2018Pass low storage capacity, speaker is very hard to hear, battery drains quickly, but the size ... moreAfter only 2 months of use, the battery drains after 30 minutes of talk , and it takes all night to charge. Without using the phone, the battery runs out in less than an hour. When I told Fry's about the problem, they told me we give only 15 days to return.

Guest1, 04 Jan 2018Does anyone know how to move apps from internal memory to SD card on Blu studio Mega S610p? Ha... moreThere's an app for that.

Guest1, 04 Jan 2018Does anyone know how to move apps from internal memory to SD card on Blu studio Mega S610p? Ha... moreThe SD card must be included as part of the internal, phone storage, not as a separate storage, which means that you can't take it out to use in other devices, or to move photos to your PC.
No all apps can be moved to the SD card, but many of them can.
Once you have created the SD card as part of the phone storage, go Settings, go to Apps, and for each app that you want to move, touch the app to open the dialogue box, touch Storage, and if it's possible to move that app from internal to external, touch the Change Button, and indicate the move.
It's not hard to do at all, just different from what you're used to...

Does anyone know how to move apps from internal memory to SD card on Blu studio Mega S610p? Having difficulties doing so.

Your help is greatly appreciated

Blu phones on a whole are sluggish after a week. The graphics is poor but appearance is good. And also storage gets full easily

For the price, it's an excellent phone. Remember, it's not an iphone. It does get sluggish, especially the keyboard. Battery life is poor. Sound is poor. But again, for the price, you are getting a big bang for the buck. The screen size and quality are very good. I do have problems with it identifying and using my micro sd card. I would buy this for the price before I buy a Samsung.

Total of 9 user reviews and opinions for BLU Studio Mega.