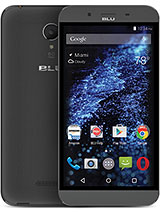 Why the service always dropping

Where can I get the screen and the back cover pls. It's urgent

A great product, I'm using one since 2016 and it's still going great,how can I aqquire another one....

Please where can I get the battery and the touch pad?

Just got the phone today. Can someone advise me on how to increase the volume of the loudspeaker pls. Everyone I have called has complained about not hearing me.

My mom wanted me to go with a budget smartphone and I've only had this phone for about a year and I can literally say it's wearing out. The battery has swollen up and now it just shuts off on me - takes me a few attempts to get it to power on even though the battery is not dead yet. Signal for me on this phone is so weak that it gets cut off in places in shouldn't even be (e.g. outside). Performance is so slow too.

Marcy, 20 Nov 2016I think my battery is swollen because the back is bowed and cracked. It shuts off randomly and... moreyes it is...

I think my battery is swollen because the back is bowed and cracked. It shuts off randomly and will go from full charge to dead in 2 hours. Hubby assumed I had it in my back pocket and sat on it but I honestly didn't. This is a big phone and I have a big behind so there's no way I would put it back there. Is battery swelling a common thing?

am very disappointed just bought my phone April i to discover the battery burst in the phone don't know how that happen. and i've been on line soooo many times n not up to now i can find any battery to replace in my phone . please help i bought a BLU stusio XL 6.0

my battery is swell can it replace

AnonD-590829, 28 Sep 2016Cannot update apps. Have new 32gb SD card. Set default download as card. Still says no room... moreYou need to go into Settings > Storage > Apps > Select the app you want to move then manually move it to the SD card. WARNING: DO NOT EXIT/TURN OFF THE SCREEN UNTIL THE "Move to SD card" button says "Move to Internal Storage," otherwise the app will not move at all. To save even more space, delete/move enough data to download a cleaning app, like ccleaner and let it run. If all else fails, factory reset.

I have had my Blu Studio XL, I like the big screen large features, the performance is good, the problem I have is the key board. I can look at the letter I wish to use in the text I am writing, and get a totally get different letters , I type slow or fast makes no difference the key board touch system is horrible , I was told I could dump all my programs and personal info and there is a program I can load to correct the problem. I want to know why I have to do any of that nonsence just to correct a manufacture defect.

I love the look, hate the poor performance. My cell service is unavailable, more than it is available with no apparent reason. I have no MMS capability at all. I have received multiple messages from group text and simply have to delete them, the option appears to download, but when I select that, nothing happens. I had a MotoE and thought this would be great with the larger screen, but when I changed over, nothing worked consistantly. Very disappointed and will be returning it.

This phone is a very good phone, i recently got a case for it and its pretty decent looking also. But the only problem that I have with it, is that im trying to update it to Android 6.0 and every site that I go on, BLU phones are no where to be found in terms of Updating the OS. Its a decent phone overall... I had to download Hola Launcher to make the UI look better so give it a try.

When I first got this phone, an update for it rolled out about 3-4 days later. I waited about a week looking into these updates to see if I really needed to do them. I forgot about them after that, never installed them, and they piled up about 4-5 updates so I installed them. The phone then proceeded to soft-brick itself on it's own terms, and I couldn't do anything with it. After about 3 weeks of dedicated research to figure out how to fix this issue, I finally found out how to fix it, SPFlashTool, or something close to that. (It's been a while now since I've fixed it.) Not only is this program very difficult to understand, it requires you getting a hold of stock ROMs, which for these phones isn't too bad, but still. You have to unzip the ROM, search through it for specific files and then reboot your phone and hope you've boot it in-sync with the program, otherwise it'll never work. Ever since that I've never had a problem out of it, besides getting it to recognize on my computer for USB mass storage. -450/0, Because you don't deserve ever 10 potential stars.

Vladimir, 02 Apr 2016Not sure it would help you with your wi-fi update but here is my situation. I got the same non... morehow.did.your.friend.did.it.because.i.have.the.same.problem

This phone has had major problems since the moment I've received it. I've had it for a few months now, and it's had nothing but complications. I DO NOT recommend this phone. Maybe another BLU phone, but definitely not this one. The screen has been glitching from the beginning, and don't even get me started on the countless viruses. My service/ connection also goes in and out constantly. All in all I give this phone a -1000000. Spend a little more and get something better.