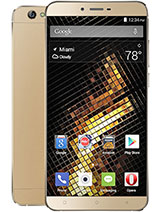 I had this blu phone since 2016.its a great phone for the price. only problem the usb lead is poor. change your usb cord and your charging problems will go away.

The battery on this blu vivo 5 is really bad. I could leave leave the house and within 45 minutes without using the phone, it drains 10%. Not sure if changing the battery would help and I don't want to waste $10 bucks and no guarantee if it would help. Other than that, it's a nice phone.

Mladen, 05 Sep 2017I have a problem with a battery that fills for five and a half hours, since I installed the op... moreSince i upgraded the android version 5.1 to 6.0 the phone this phone got a problem its takes 3-4 days to full charge and it is very fast to drained its battery....its a bullshit phone

The phone is great and comes with the common accessories.
The headphones are not bad
The speakers, although they are not great at full volume, do great at lower volumes.

However, the phone does not have a good USB C cable. It will over time degrade and charge slower and slower.

Along with that, XDA just received a massive port of ROMs and now you can run stock(ish) Android instead of the admittedly, full of malware stock ROM.
Note: I am not responsible if you brick your device or loose IMEI as a result of flashing a custom ROM. I am just telling you it is a possibility.

Sean, 30 Oct 2016I bought this unlocked phone from Amazon several months ago and am using it on T-Mobile withou... moreSean,
Which Blu firmware do you use? I couldn't find it.I contacted Blu several times but no reply. How do you sync MS Calendar & contacts? (I marked them under setting pc sync but didn't work.)

My daughter's phone came with only the USB cord without the head so tried a different head with the cord. Tool a long time to charge 40% and now its been off, tried different android phone charger for it and it's not charging. What do I do and where do I get the charger to buy? Does BLU Phones have a branch or dealer in Ghana?

FELIX, 05 Oct 2017I just charge my cell phone for five hours when the battery went dead.. after that it failed... moreSame thing happened to me!!! Turned out, my charger was not working properly anymore. Bought a new one for 4$, everything works fine :) Hope I helped

I just charge my cell phone for five hours when
the battery went dead.. after that it failed to switch on. Can somebody help me please or its the end of it. I just got it last July. Thank you

For cheaper than the Vivo5, get the GR5... Blu Products Vivo5 is riddled with issues....

Ridiculously long battery charging times
stupid fast battery drains between 20% and 1%
flaky incar bluetooth (and no its not on the car side)
randomly fails to detect the SD card sawying it has to be formatted (reboot phone and its ok)
useless customer service.

Mladen, 05 Sep 2017I have a problem with a battery that fills for five and a half hours, since I installed the op... morewhen ever you have more problems with updated Android Versions, just backup your information then perform a Hard Factory Key Reset
that most of the times fixes problems caused by OS upgrades.

Wen v take a selfie pic why the back side letters look reverse. U have to improve the selfie front camera.like Back camera

I have a problem with a battery that fills for five and a half hours, since I installed the operating system 6.0.Can anyone give me advice what to do?

Rica, 28 Feb 2017It used to work just fine and the battery life is very long. I only have this phone for less t... moreGo to CD-R King and buy this USB A TO USB C CHARGE/SYNC CABLE. According to one of the commenters it's working if you have charging issues with the phone. Better try to find some ways to fix it before getting a new phone.

Rica, 28 Feb 2017It used to work just fine and the battery life is very long. I only have this phone for less t... morebut we do have several phone repairers on the market... im from phil, but I would advise you to get a new phone instead. cellphone repairers will just advise you to get a new battery anyway but it wont solve the problem. better buy a new phone instead or try to bring it to trusted service centers. ;) btw xiaomi is cool you can get one with 7000 on lazada :)

Pato, 07 Apr 2017Experiencing charging problems. Was charging ok until recently. Very slow at charging. How to ... moreIf your using the USB A CABLE that came with your new BLU VIVO 5 replace it with a USB C CHARGE/SYNC CABLE BY INSIGNIA. I purchased mine from Best Buy's . As soon as I plugged it into my phone .My phone screen booted up and the battery started charging. ...with this new cable it's charging faster. Really!

If your having issues with your Blu Vivo 5 not charging.
Which was an issue for me. But problem solved .It's the USB cord that is sent with new phone purchase. My husband took my phone to "Best Buy's" and purchase a

USB A TO USB C CHARGE/SYNC CABLE BY INSIGNIA

Why BLU would send the wrong USB cable is beyond me .but when I plugged in my new cable to my phone it immediately turned on my phone screen and started charging the battery. .. So spend $20.on a USB C cable and start using your phone again ...Really works.

Mr. B, 10 Apr 2017I had exactly same problem. Problem is the charger. Buy USB-c cord and adapter plug from Stapl... moreAre you sure is it Blu brand?

Total of 139 user reviews and opinions for BLU Vivo 5.