Bose has launched a slew of products, including two wireless earbuds and three new audio sunglasses.

The first and most important of these are the Bose QuietComfort Earbuds. These $280 pair are the company's first in-ear truly wireless noise-canceling earphones. 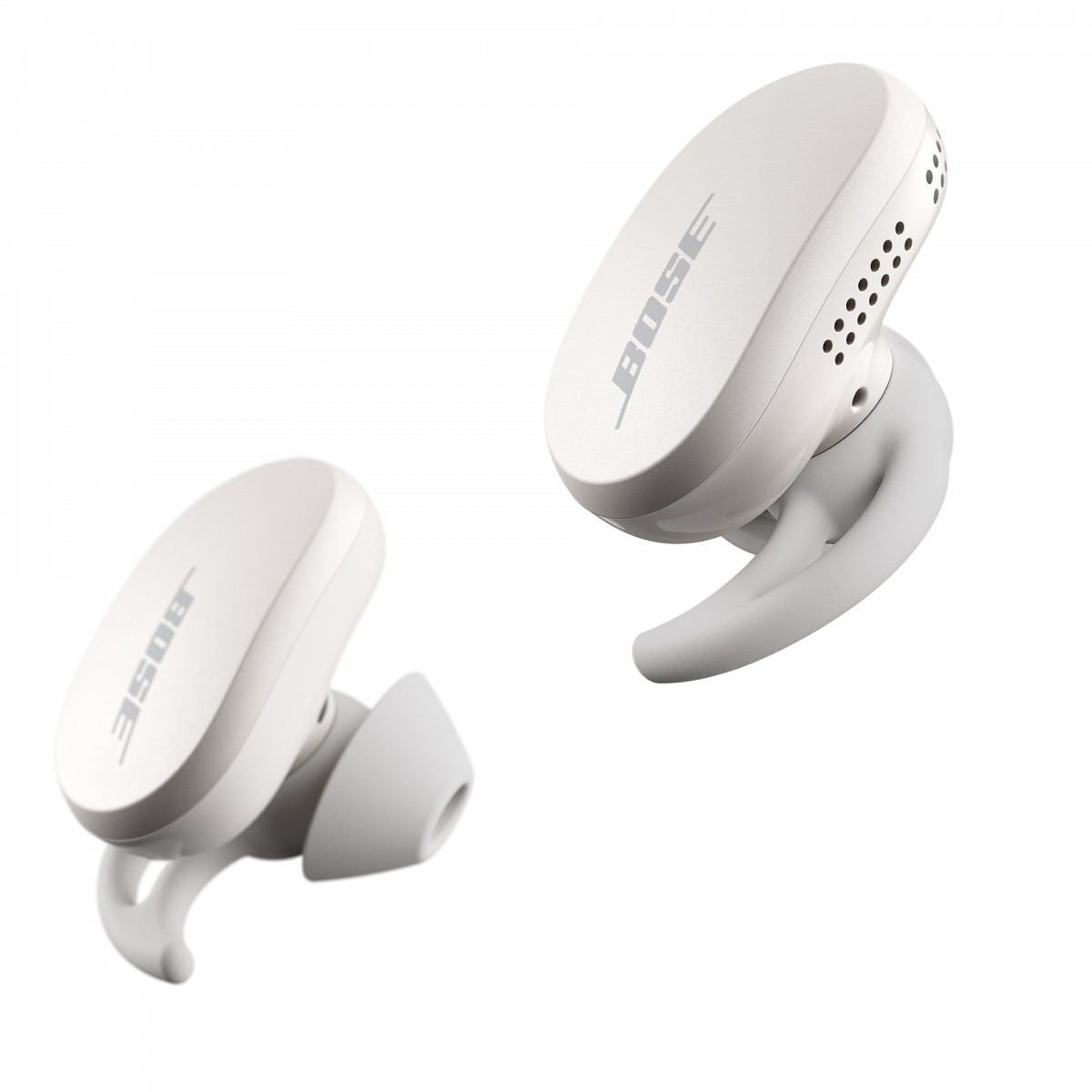 As the name suggests, the QuietComfort Earbuds feature Bose' active noise-canceling system that uses microphones and a new algorithm to cancel out ambient noise. The semi in-ear design ear tips also help block sound passively and feature fins to keep them in place.

Bose makes pretty bold claims regarding the sound, claiming you won't find better sounding wireless earbuds. The company has tuned the QuietComfort Earbuds for a more natural sound and there's also a new volume-optimized Active EQ feature that adjusts sound based on volume to make up for low frequency loss at lower volumes and prevents distortion at higher volumes. The QC Earbuds support Bluetooth 5.1 and the AAC codec.

The QC Earbuds feature a touch sensitive outside surface and all controls are accessed using touch gestures. The Earbuds are also IPX4 rated for water and sweat resistance.

Next is the Bose Sport Earbuds. These $180 wireless earbuds lack active noise-cancellation but are fairly similar otherwise. With the focus on workouts, the Sport Earbuds also feature IPX4 water-resistance and Bose' StayHear Max tips with the semi in-ear design and a tiny wing to keep them in place. 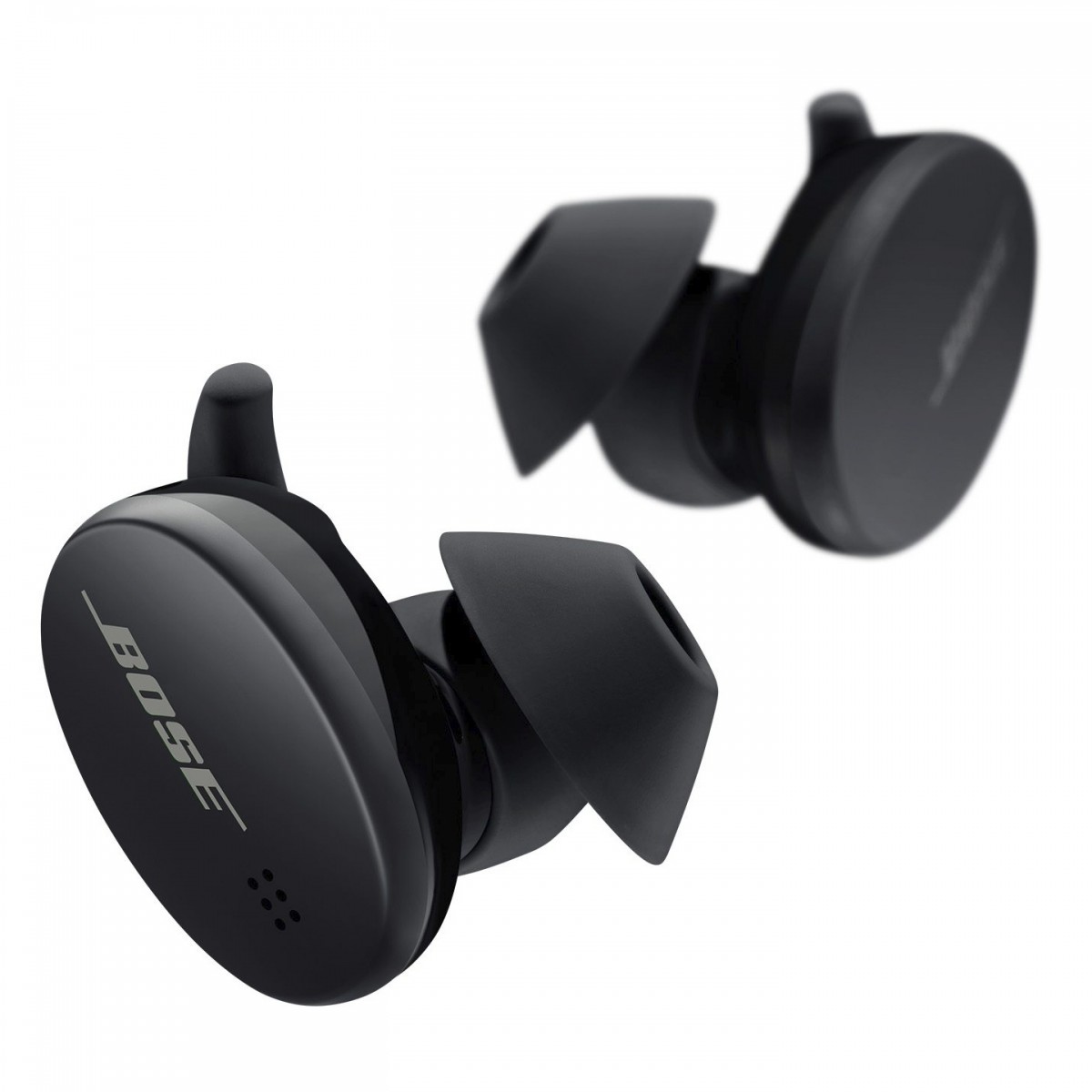 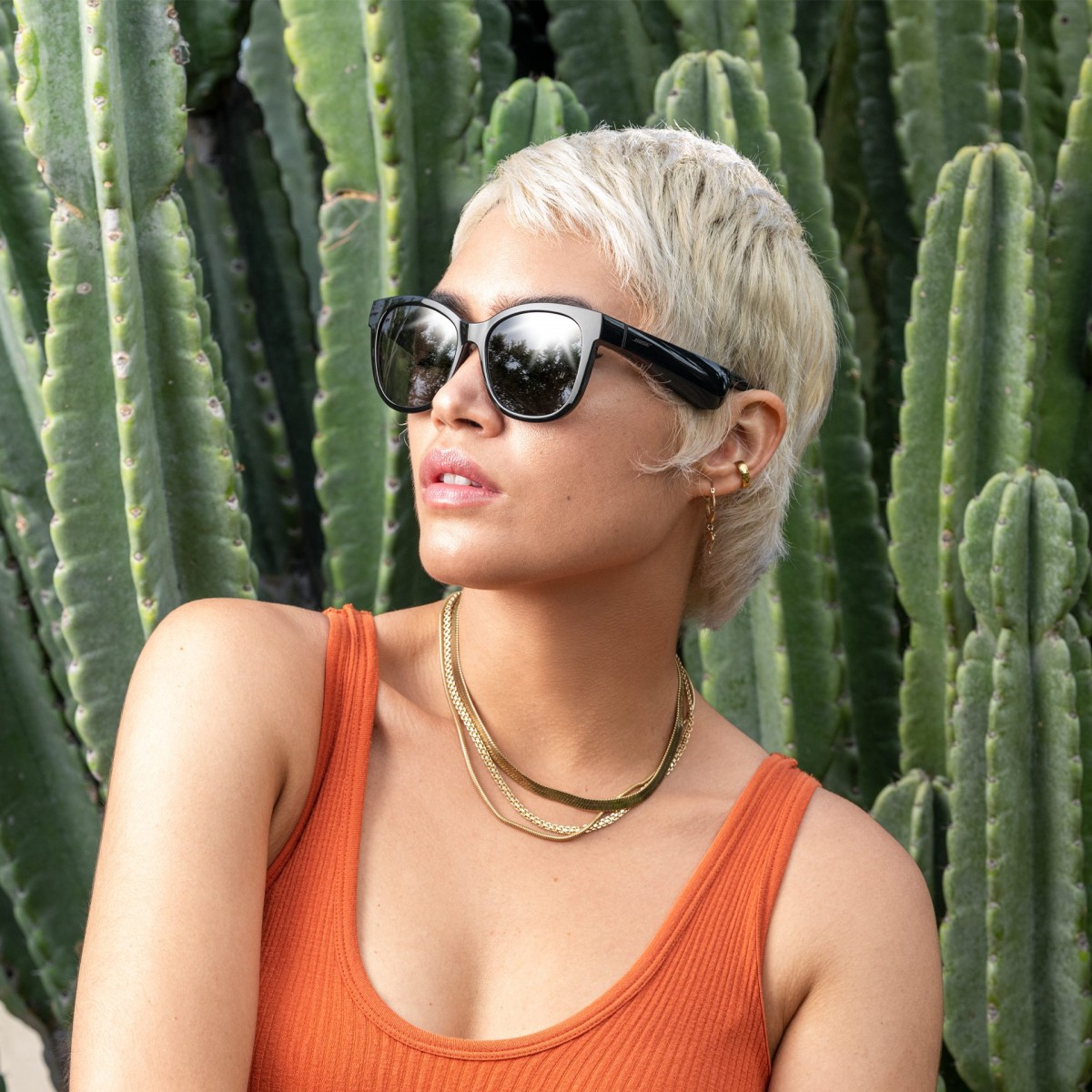 The Soprano and Tenor are similar, with the main difference being the design. The Soprano have a cat eye lens design while the Tenor have a square frame. Other than that, both feature a nylon frame, high-gloss black finish, and polycarbonate polarized lenses.

Both also feature swap-out lenses that can be replaced with optional mirrored rose gold and purple fade lenses for the Soprano, and Mirrored Silver and Mirrored Blue for Tenor. Or you could use your prescription lenses. 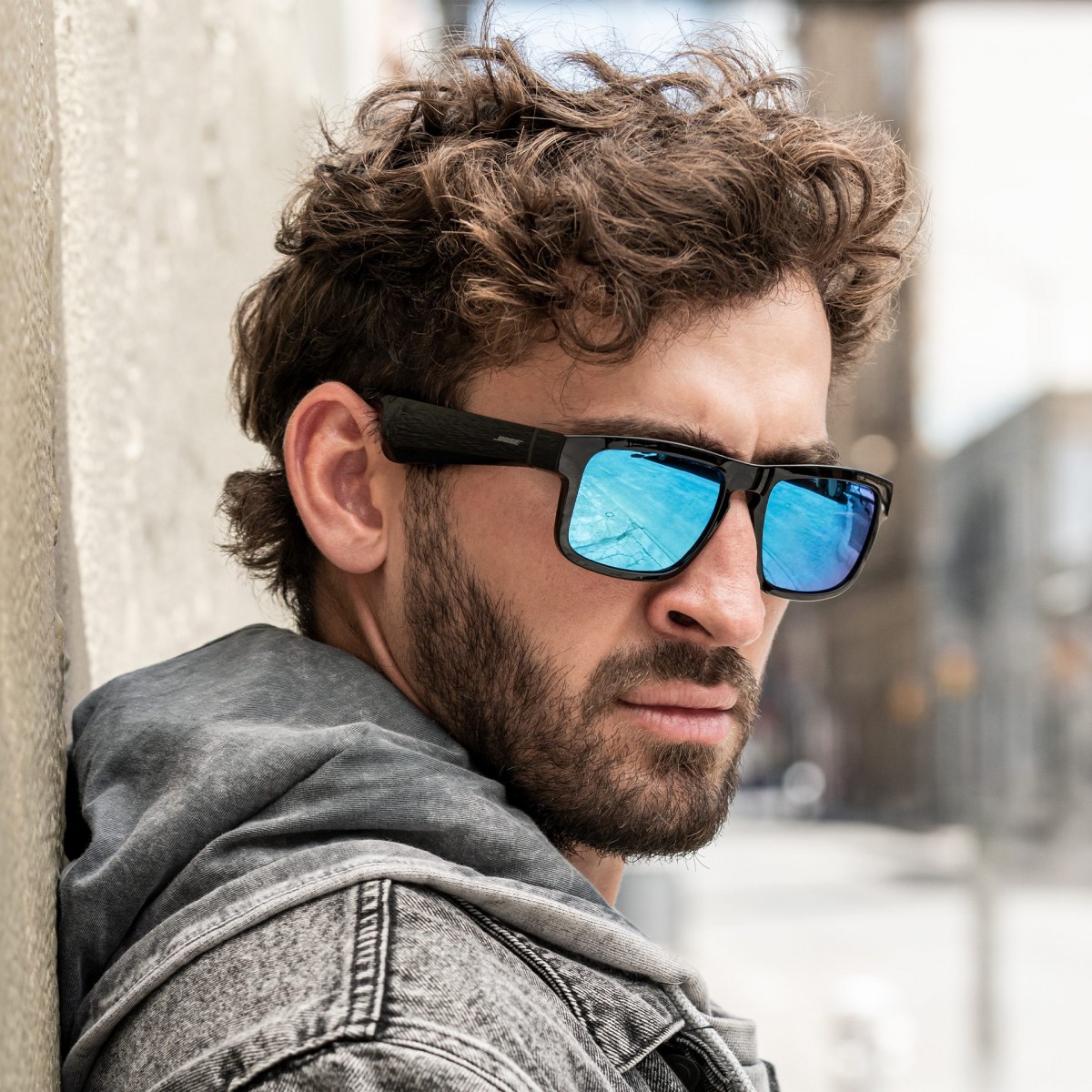 Both also have the same Bose Open Ear Audio design that is said to be fuller and deeper sounding than previous generation models. They have 5.5 hours of battery life, and beamforming microphone array for voice calls. Both also feature touch sensitive sides for controlling volume and playback and have a motion sensor that detects when you remove them to turn them off.

Finally, there's the Bose Frames Tempo, which have a sporty design. They feature soft silicone nose pads that come in three sizes in the box. The included polycarbonate polarized lenses have a mirrored black finish with 12% VLT (visible light transmission) but can be swapped out for Road Orange that allows 20% VLT, Trail Blue that allows 28% VLT, and Twilight Yellow that allows 77% VLT. All of these are ideal for different environments and different time of day so you can pick based on your needs. Lastly, the Tempo is also IPX4 splash resistant. 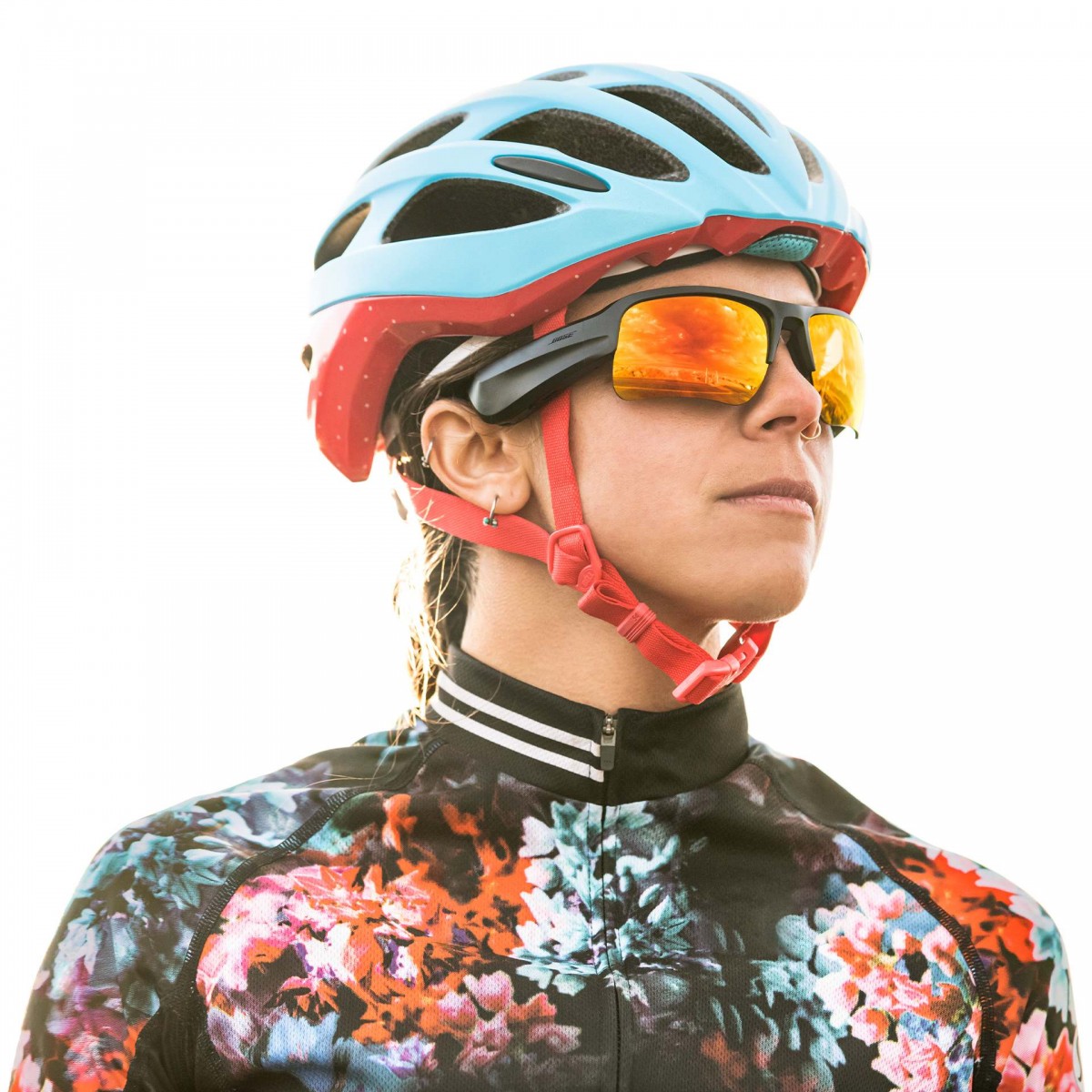 Apart from these differences, the Tempo is similar to the Soprano and Tenor. All three are priced at $250.

Who are these lifeless people who listen to music through ear buds for longer than six hours?

And all I needed was 2 graphs, for frequency response and ANC. Active EQ would be great if it was hw based, if it react to the sound like volume optimization, its bad.