Spanish phone maker BQ sure likes Ubuntu. Back in February, it became the first company to launch a smartphone running Ubuntu, and today we get word of a second device coming soon too.

This will be called BQ Aquaris E5 HD Ubuntu Edition. Compared to the previously launched Aquaris E 4.5 Ubuntu Edition, the new model is going to be bigger. 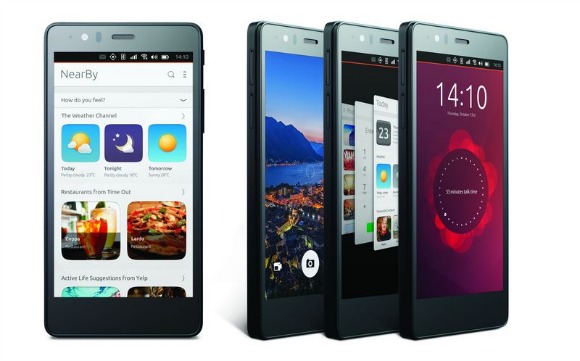 It will sport a 5-inch 720p IPS touchscreen, a MediaTek chipset with a 1.3 GHz quad-core Cortex-A7 CPU, 1GB of RAM, and 16GB of storage. There's a 13 MP camera with dual-LED flash on the back, and a 5 MP front snapper. The phone boasts dual-SIM functionality.

The Aquaris E5 HD Ubuntu Edition will become available throughout the EU in mid-June for €199.90 ($223) sans contract.

What remains to be seen is how many people will consider shelling out that amount of cash for a handset with these specs (and missing 4G), and one which is running a pretty much unproven mobile OS.

It's out of stock.

Ubuntu didn't seriously on this device when they pop out with the testing device high price, slow specification and just have a big camera for small storage... so much kidding.