We often mention Qualcomm in relation to its Snapdragon chipsets, but the company is also one of the biggest providers of modems. The tech giant might soon find itself under new ownership in a suitably massive deal – a $130 billion acquisition by Broadcom.

The offer is for $70 a share – a 33% premium at the time, though QCOM shares shot up since then. This would be the largest tech acquisition ever and would instantly make the new company the global #3 (behind Intel and Samsung).

Broadcom, Qualcomm and NXP will have yearly revenues for 2017 of $51 billion and EBITDA of around $23 billion. That is assuming Qualcomm’s $47 billion acquisition of NXP goes through. NXP shareholders are not happy with this (they argue the offer of $110 per share is too low) and European regulatory bodies are looking into the deal.

Broadcom has stated that it wants Qualcomm with or without NXP, so that acquisition is not vital to the deal. However, Qualcomm’s own investors are none too pleased with the offer, also claiming that it undervalues the company. 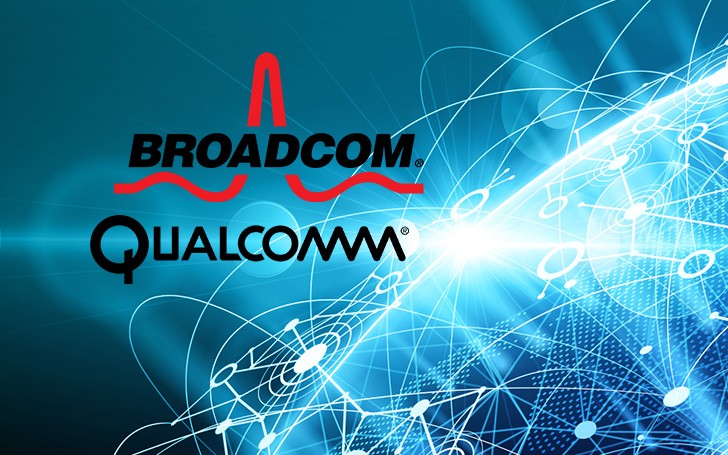 The Snapdragon maker is weakened as it is undergoing some troubled times. It faces a $1 billion suit from Apple over “unfair” royalties. Cupertino is reportedly looking to replace the Qualcomm modem it uses (some current iGadgets use Intel modems).

Broadcom used to be in the mobile modem business as well, until it pulled out in 2014. Since then it was acquired by Singapore-based Avago Technologies for $37 billion (Avago since adopted the Broadcom name).

Broadcom/Avago does want to move its headquarters back to the US, which is cited as part of the reasoning behind this acquisition.

Money is nothing when it comes to dominating market, they will get much more aftercowning qualcomm

Yeah it won't happen :) This smells of a monopoly :D