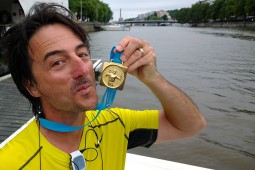 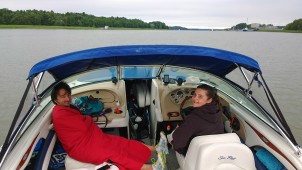 The Lumia 1020, which leaked numerous times by its codename Nokia EOS, has since been identified by numerous sources as the Lumia 1020, a sequel to Nokia's current Windows Phone flagship, the Lumia 920. It may or may not have the PureView suffix attached to it, to liken it to the first Nokia model sporting PureView, the Nokia 808 PureView.

The first sample has a resolution of 2947 x 1658 pixels (~5MP), while the other is 2352 x 1568 pixels (3.7MP), but as we know the first PureView camera produced samples of similar resolution in its native supersampling mode.

The Lumia 1020 is expected to be announced by Nokia on July 11 at the #ZoomParty event in New York. Be sure to check back with us then for all the juicy details.

1) ummm. There are plenty of Android phones with Dual Core and 1GB of Ram. 2) It's not Nokia it is Windows Phone OS that doesn't support that yet. Nokia could build a Quad Core - 3GB - 1080p phone like anyone else. But the OS doesn't support it...

its a digital asset management app... Duh... Photoship lightroom is not the same as full blown photoshop... DUH!