Canalys released its report on the Chinese smartphone market in Q4 2019. The numbers show a steep decline in actual sales with the total 85.3 million units moved representing a 15% year over year decrease. Total smartphone sales for 2019 came out to 369 million units which is a 7% down on a yearly basis. The main reasoning behind the slumping sales is the slowdown of 4G smartphone sales alongside weaker than anticipated demand for 5G devices. 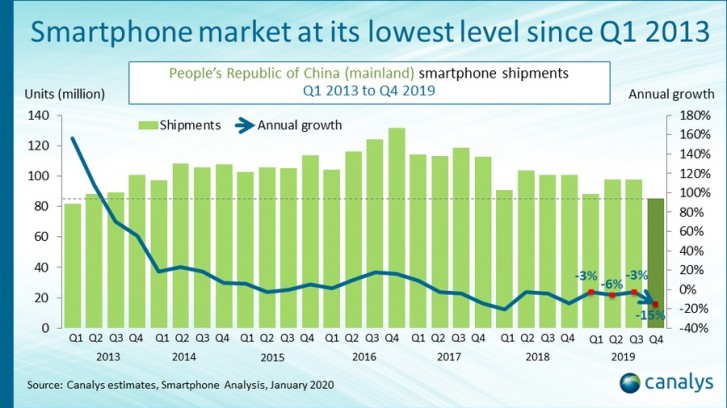 Looking at the per-company basis, Huawei extended its dominance and even managed to grow its shipments to 33.3 million shipments and a 39% market share. 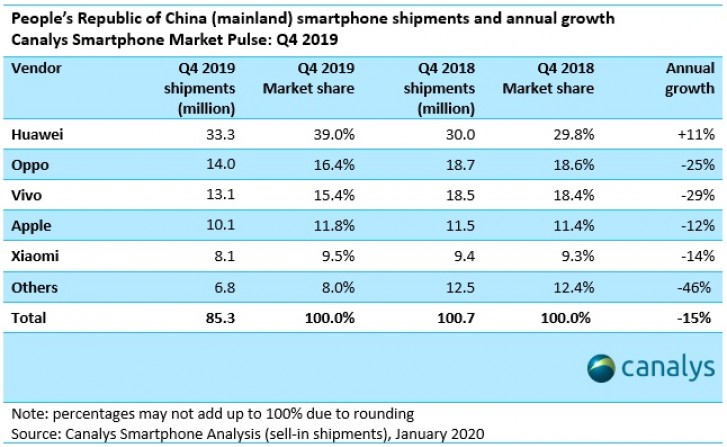 Looking at the full year, Huawei managed the impressive 142 million shipments in its domestic market - a 35% growth over 2018. Oppo with 65.7 million and vivo with 62.7 million were the other two shipment leaders. Xiaomi with 38.8 million and Apple with its 27.5 million rounded off the top-five.

5G shipments didn’t quite take off in 2019 with just 8.9 million 5G smartphones shipped. Huawei dominated the category an estimated 6.9 million shipments and 78% market share followed by vivo with 1.2 million. Despite the lackluster performance of 5G smartphone shipments in 2019, Canalys predicts that 2020 will bring explosive growth with sales estimated to pass the 150 million mark. 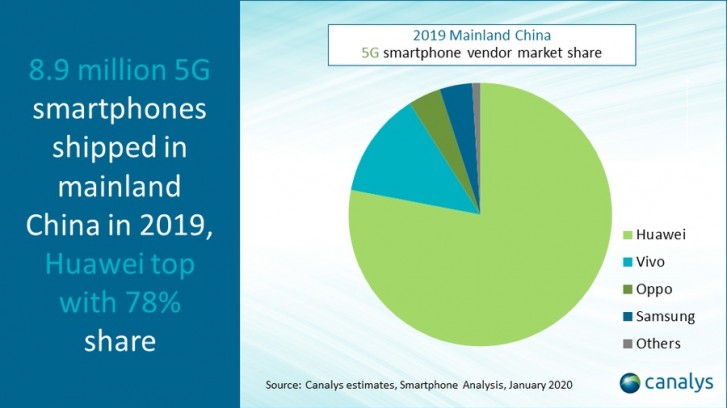 I live in China too, ale 5G is almost everywhere in my city. But as a European, i must say i dont buy chinese phones and i strongly encourage you all to stop supporting china with your money. They need to grow up, respect human rights and democracy. ...

Doesn't matter what types of meat you eat, as long as they prepared properly then it's fine. I like eating bugs. :-)

That too, just stick with eating normal food, not reptiles and predators and bugs.