Samsung has utterly dominated the European smartphone market in the second quarter of 2019, capturing a 40% share and shipping twice as many units as any other maker.

Despite its US-related woes Huawei still managed to retain the second spot with 8.5m shipped phones, but was still down compared to 2018 Q2's 10.1m.

Apple was third thanks to iPhone XR and its 1.8m shipped units. Yet, while in 2018 it shipped nearly three times as many units as the fourth placed Xiaomi it's advantage was under 50% this time around. In fact the Chinese maker was the fastest gainer in the past 12 months, increasing its shipments by nearly half. 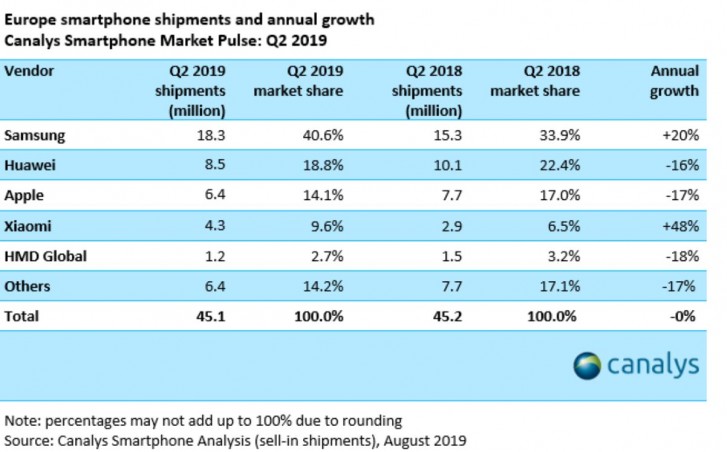 The Samsung Galaxy A50 was by far the best seller with 3.2m units shipped, followed by the Galaxy A40's 2.2m. In fact according to Canalys' data, in Europe in Q2, the Galaxy A10, A20e, A40 and A50 together shipped more that any other phone vendor's entire portfolio. 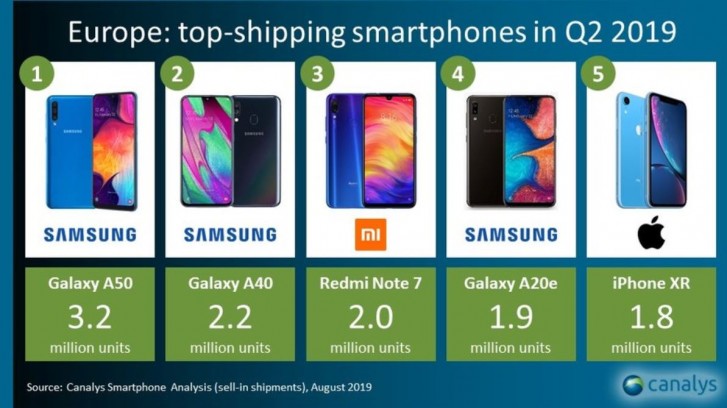 In general the market remained flat with the number of phones were shipped in Europe during Q2 standing at 45m.

Yeah, it's not too common

Oh ok. Cool. I'd just not heard that expression before ahaha :-)

Yeah, like a light burn or a light lecture..... I mean to say a small MurderedByWords