Canalys posted its analysis of the Indian smartphone market for the second quarter of this year. Xiaomi remains at the top position for the eighth quarter in a row, vivo increased its sales by 63%, while sister companies Oppo and Realme also grew significantly. 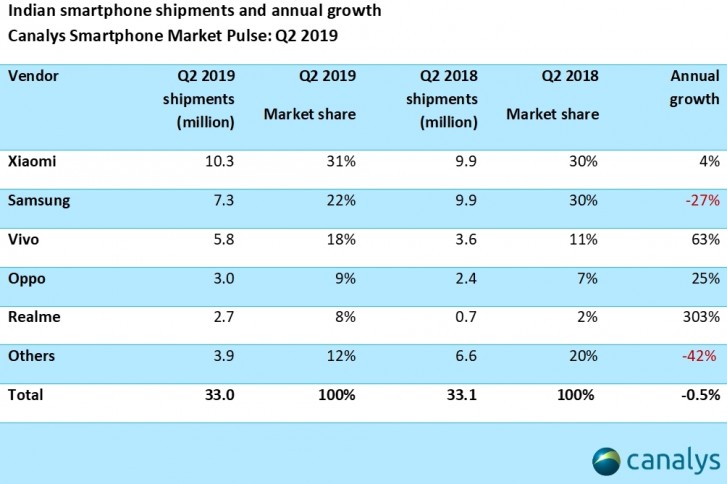 Samsung was the only major player to experience a decline in sales and market share and it's not a rather distant second. In comparison an earlier report by Counterpoint put the top two much closer together.

Another trend noted in the report is the increasing domination of top brands - the top five companies account for 88% of the total sales, compared with 80% last year.

The market as a whole experienced a slight decline of 0.5%.

Reseach Director at Canalys commented that the bulk of growth in the market comes from users who upgrade their entry-level to mid-range devices, priced between INR15,000 and INR20,000 (that’s around $200-$300). There are also expectations that manufacturers will stop producing phones for less than INR10,000 (about $150), so the market will get even more sluggish. 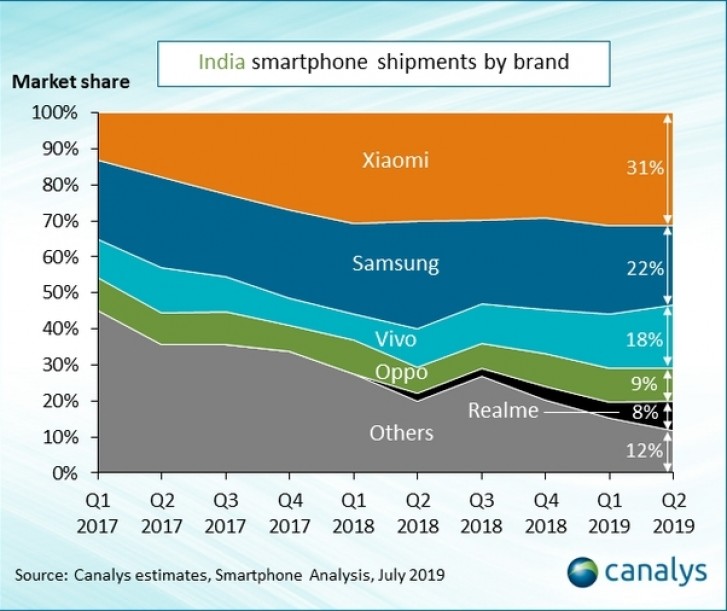 The range between INR10,000 and INR15,000 is where vivo flourished, with impressive sales of the vivo Y17 and vivo Y91, bringing the Shenzhen company very close to Samsung.

Make her watch Eric Carter's videos of Apple being a scam.