Remember the Ubuntu Edge? It was Canonical's quite ambitious endeavor to bring a full desktop-grade Ubuntu experience in a dockable mobile phone. It all started and sadly failed in crowdfunding all the way back in 2013, way before Microsoft was even close to its strikingly similar Windows 10 Continuum experience.

Now, well over two years later, the project appears to be still alive and kicking and more relevant than ever, as evident by Canonical's announcement of a brand new tablet that offers the PC dock experience. 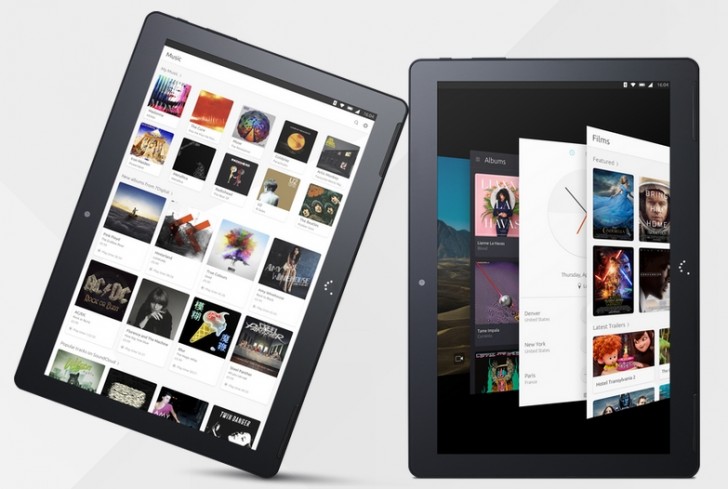 The concept is relatively simple – make a mobile OS that utilizes the same core as its desktop counterpart, or at least a subset of it, like Window's Universal apps or a common Linux kernel with specialized scalable UI elements, as provided by Ubuntu. Then you can simply run the same apps across all your devices just with slightly different interfaces – no need for porting and costly additional development.

The newly announced Canonical tablet is a modification of the Aquaris M10 from Spanish manufacturer BQ. It is equipped with a 10.1 display with a resolution of 1280 x 800 pixels. Under the hood is a Mediatek MT8163B SoC with quad-core CPU clocked at 1.3 GHz, 2GB of RAM and 16GB of onboard storage. It is definitely not a powerhouse, but the key features are the onboard HDMI and USB Host that allow you to dock the device to a monitor plus keyboard, mouse combo. Also, the 7,280 mAh battery is a definite plus.

Just like Microsoft's Continuum, the experience is still in its infancy, but Canonical is confident that it already has a library of supported apps to cover most basic use cases. If nothing else, most browsers scale nicely and so do LibreOffice apps, so Ubuntu Convergence is usable even in this early state. Canonical also feels confident that Ubuntu's technically skilled fans will find a way to load the OS onto other devices, as the Convergence feature is now basically a part of the latest version of the Ubuntu mobile OS.

Only 2GB of RAM. Haven't used that little memory on a desktop system in over a decade. Ubuntu has a chance to make something big here. Up the RAM to 8GB, and give us a completely open stack -- from the bootloader to the graphics drivers -- and y...

In fact I have created lot of word processing on my 7inch tablet. So I think it is possible to do the same on a 10inch. After all IPad Air 2 is a 10inch device. And Google's Pixel C is 10inch device which suppose to be an alternative to Micr...