It seems to have become a routine now. Every year Apple releases a new iPhone and while most of the customers are delighted a subset of buyers pull the short end of the stick. With the iPhone 4, it was the antennagate issue, with the iPhone 4S it was the battery life problem and now some iPhone 5 buyers are noticing dents on their prized possession. 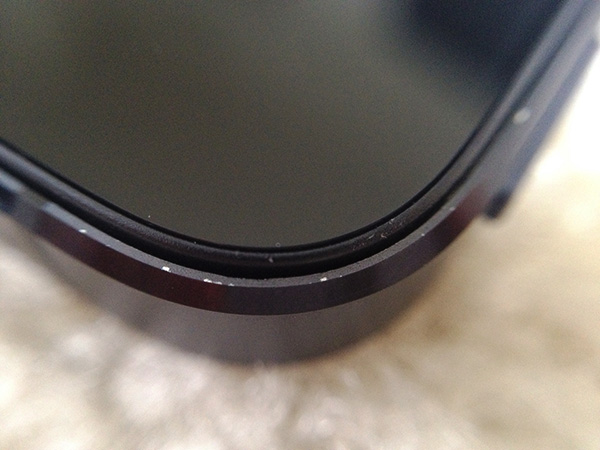 Yes, many owners, particularly of the Black & Slate colored model, are reporting dents and scratches along the chamfered edges of their new iPhone right out of the box. We haven't seen many reports from owners of the White & Silver model, but that just might be because the color isn't particularly popular.

Now, anodized aluminum is known to pick up scuff marks easily. Because the color is painted on top, even a minor scuff can make it come off, revealing a shiny silver spot below. Also, aluminum is a soft metal, so it dents very easily, especially along thin edges. You'll find scuffs and dents on practically every anodized aluminum object that has been used for a while.

Which is why it wasn't a shock to us when we saw the iPhone picking up dents along the edges in this drop test. However, it is surprising when the device comes with scuff marks out of the box and points to poor quality checks at Apple's end.

Of course, Apple will readily replace any such device for you. But if you're importing this device to a different country (and we know many do), you will need to be careful and hold on till the issue gets sorted.

Update: Apparently, white units have the same issues as the black ones. We are really hoping Apple makes an official statement soon enough and explain the cause.

rofl, tossing the phones at each other, classic!!!!!

wow you seriously said people have mental issues cause they love their device..... lmao i gave up my galaxy s 3 for my iphone 5 and couldnt be more happy.. i must be retarded cause i like a device