CES 2015 is now well under way and we've already seen numerous intriguing devices come out under various other brands, big and small. Smartphones may be our specialty, but we're also in other smart gadgets too. 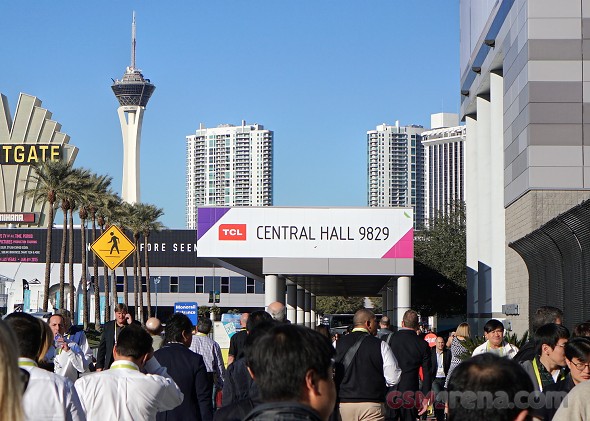 On these pages we'll try to cover those who didn't get their own spot on the front page for one reason or the other - most often due to their announcement not being as high profile as the rest.

Sony didn't have a phone or a tablet to announce, but they showed a new expensive high-end Walkman music player and an updated version of their Smartwatch 3 with a metal wristband.

Microsoft announced the cheap Nokia 215, a simple phone, whose main merits are the VGA camera and the on-board flashlight.

Acer announced another smartphone at CES - the Acer Liquid Z410 - but we also used the opportunity to check out their recently announced Liquid Jade S as well.

We also got to see in person the return of the expensive luxurious phones. The recently announced Lamborghini phone was present as well on the CES 2015 show floor.

The Dell Venue 8 7000 proved more technologically impressive with hair-thin bezels around its 8.4" AMOLED display and its depth-sensing triple camera.

Alcatel came out with a circular smartwatch that plays nice with both iOS and Android. It doesn't run Android Wear though. It's still more feature-packed than a Pebble, but it lacks its developed app store.

There will surely be more to see in the days ahead, so check back daily for fresh content.

At flipcart if you in India.Otherwise check Amazon or AliExpress but it's second hand...afterall

Nokia 215 is the most popular phone