CES 2015 is upon us and we couldn't be more excited. We already brought you the first batch of announcements and we will be covering various press conferences during the next couple of days and now would be a good time to dive in the rumor mill and sum up what we expect to see from the major players and their events. 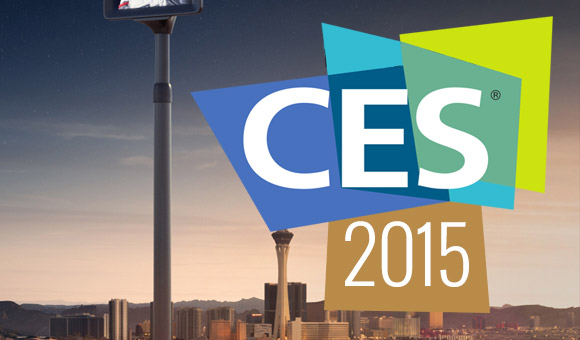 The Korean tech giant is the largest player in the mobile market, as it even managed to surpass Apple in the struggle for the best brand in terms of customer satisfaction. Samsung definitely has a lot going on and has been generating quite the media storm, even more so in the past few weeks, just before CES. Various leaks and rumors point to the unvailing of the Galaxy S6 at the Samsung conference set for January 5, but chances are the device will only be shown at the event behind closed doors. It's anyone's guess what us, the general audience will get to see at the event in terms of phone hardware.

The Korean giant will most likely be concentrating on another new concept, it has dubbed Internet of Things (IoT). The ambitious concept is a joint effort with the Google-owned Nest company and aims to bring a unified platform for home automation and connected devices.

The push seems to be towards internet connectivity for nearly all future home appliances and with the help of IPv6 addressing support, which is the only feasible approach for introducing such an enormous new device base to the web.

Another key point in Samsung's presentation is sure to be the future of its TV lineup. We expect to see a definite move towards the company's own Tizen OS in all future smart TVs. Curved displays are also likely to be featured in the mix, but undoubtedly with improvements over what was showcased a year ago.

LG has also been pretty busy in the development department. Rumors hint that the company will officially announce the LG G Flex 2 at CES 2015. If this is to be believed it will take a place among a very select few devices to feature a curved screen, one of which is the original LG G Flex from 2013. The new handset will undoubtedly bring an array of hardware upgrades over its predecessor, with rumors suggesting a high resolution OLED screen and a durable shape-preserving body.

In the TV realm LG will definitely not fall behind rival Samsung with the ground set for an array of new OLED products for 2015. Among these we should see a 55-inch UHD curved OLED panel as well as 55 and 65-inch UHD ones in the ultra-light Art Slim series. Desktop monitors will also probably make their way to the presentation floor with an expected trio of 34-inch gaming-centered LG displays.

Another TV cornerstone for LG will surely be the new quantum dot technology. The company already jumped the gun and announced a 4K TV set, which we are sure to hear more about at CES.

The Japanese tech company has also been hinting at exciting new announcements planned for CES 2015. A couple of days ago the company released a rather perplexing teaser video, which definitely excited, but left a lot to the imagination. The promise of a "new world" is tantalizing and from what can be made out from the cryptic video, there should be much anticipated news of Android 5 updates.

Other than that the possibility of a new line of ultra-thin TVs is very real and is further backed-up by the description of the Sony press event, scheduled for January 5: " The latest products and technology in 4K UHD, Hi-Res Audio, Digital Imaging and Mobile.".

This all sounds promising enough, but the new Xperia Z4 line of devices is what truly excites eager fans. Four devices are already rumored(Sony Xperia Z4, Sony Xperia Z4 Compact, Sony Xperia Z4 Tablet and Sony Xperia Z4 Ultra) but their appearance at this year's CES is somewhat doubtful. If specs rumors are to be believed the new array of devices is dependent on the Snapdragon 810 SoC, which is still suffering from low availability. At this point it is anybody's guess as to whether Sony will manage to pull it off and push the new offerings.

HTC is also center stage with all the recent information and leaks on the successor to the HTC One (M8), the HTC One Hima. If rumors are to be believed, however it might just be in pretty much the same shoes as the new Sony lineup, as it should also be powered by the scarce Snapdragon 810 chipset.

That being said, and considering that the One (M8) received a separate launch event, missing both CES and MVC last year it seems logical to assume that the new HTC One Hima might have the same fate. This information is further backed-up by a recent leak we covered. The HTC press event is set for the January 6.

ASUS has also gone down the teaser road with a recent video showcasing a new Zenfone with dual-camera setup. The tagline "See what others can't see" may hint at optical zoom, but nothing is really clear as of yet. One of the two videos, available on the official ASUS Facebook page also focuses on a peculiar button on the new handset which should be linked to the new feature, whatever it turns out to be. In any case we should have more information after the ASUS conference on January 5.

then why bother writing?just go away

Every day the same boring Galaxy S6 rumor... Nobody is talking about Galaxy Note 10.1 2015 Edition.. Gsmarena you bore me

Maybe Microsoft will do its event with windows 10 event.