There's been a beta version of Chrome for Android up for grabs in the Google Play Store since 2013, and now it's finally available for iOS as well.

As you might expect, the beta brings with it certain new features that aren't yet out in the stable version of the browser. That said, these may be responsible for some bugs, so only take the plunge if you can live with those.

To install Chrome beta for iOS you need to visit this page from your iPhone, iPad, or iPod touch, hit the Download button, then enter your email address in the field that shows up, and wait for a code to arrive via email. You will input this code into Apple's TestFlight app, which you have to download onto your iOS device in order to take part in the beta test. 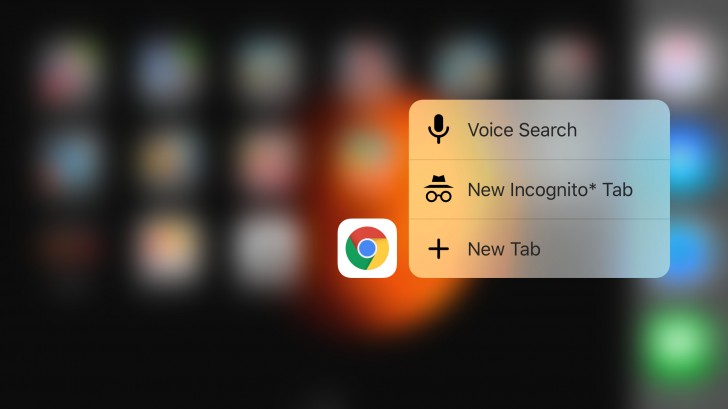 So what would make it worth going through all this trouble? Well, how about support for 3D Touch? If you install Chrome beta and you force touch on its icon, you'll get three quick options as pictured in the image above. Of course 3D Touch only works on the iPhone 6s and iPhone 6s Plus, since they're the only handsets with the necessary hardware.

The first version of Chrome beta for iOS also recognizes more keyboard shortcuts, which means you can now open, close, or change tabs and perform a voice search from your Bluetooth keyboard.

If you have to be hidden a person must not be willing to stand by their beliefs.

Since when adding a new menu became news.

New incognito tab feature will be very helpful. You know what I mean...