comScore sees Apple’s Q1 market share up in US

The comScore market analysis group has released its findings for the three month period ending in March of 2013. Apple has seen the biggest point change among all of the manufacturers polled, with a 2.7% increase in market share amongst smartphone OEMs. 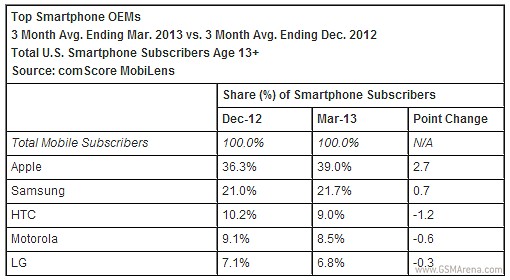 Samsung, which is enjoying widespread success in the global market, was the only other OEM which was able to post an increase. 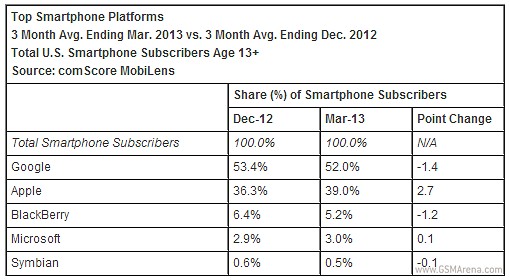 When it comes to smartphone platform market share, the same 2.7% increase is reflected, at the expense of Google and BlackBerry’s own mobile OS’s, which dropped 1.4% and 1.2%, respectively.

Apple now holds 39% of the smartphone market in the US, with some 53.3 million subscribers using Apple iOS devices.

even 0.5% is enough to make Apple super profitable, so an increase or 1-2% will make Apple even richer!

China is overtaken USA as the largest econonmy