There are only a few hours left before Microsoft's Windows Phone 7 announcement and the WP7 phones are already flying from all sides. One of these is the HTC HD7 with its first official press photo.

HTC HD7 or Schubert has been previously known as HD3 and whatnot and it looks exactly how we saw it on the live shots three weeks ago. The device has a 4.3-inch WVGA capacitive touchscreen and packs 1GHz Qualcomm processor, 576MB RAM, 5 megapixel camera with dual-LED flash and 720p video recording, all-round connectivity and 8GB internal storage. The T-Mobile version of HD7 is expected to double the on-board memory to 16GB. 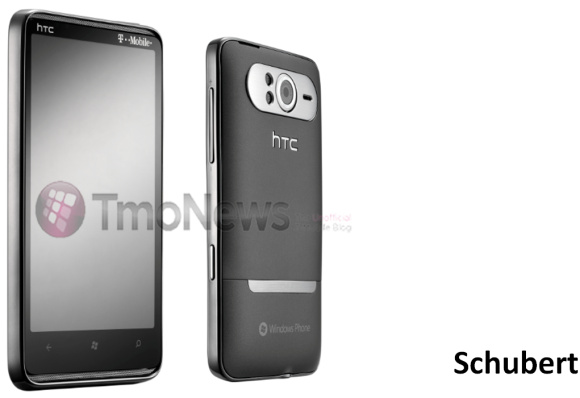 HTC HD7/Schubert is expected to be announced very soon, perhaps today, and is rumored to hit the T-Mobile network for 200 US dollars on two-year contract.

again 5mp camera...i am tired of this resolution