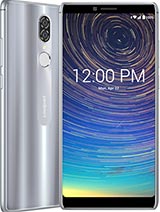 Dan, 20 Jan 2020Such as?Huh it appears the price has changed. It was 160 before. Either way it's still not good enough. The Lenovo K5 Pro is better than this for the same price.

joe nodden, 11 Nov 2019I hate with good reason. There's so many way better options than this for the same or a lower price.Such as?

i bought the phone oct 31.Its not even barely 2 months yet and right now i cnt go live on social media,people cant hear me. Peoplce cant hear me on speaker phone,i have to talk on headset. Contacts saving is trippin. I cant video chat on ig,messenger,tagged.People cant hear me and my phone goes in and out on wifi or off of wifi out and about regular service.Two days after i bought it i discovered the gps didnt work properly,i had to come to the internet and do research.It works fine now.Phone doesnt come with photo gallery,uses google photos.Phone has no notepad,have to download one.few weeks ago my phone wasnt working on speaker ,and whem i hit speakerphone the handset as on.s,h.Man i got this phone becuse it had a big screen and good storage.I had an LG K3 i believe and the ONLY ONLY REASON I WAS FINNA GET A NEW PHONE WAS BECASUE MY CHARGER JAC KWAS MESSED UP becasue i accidently steped on it kinda,had the phone about a year.I had insurance and couldve got my phone replaced for 50 dollars.it had 32 gb space also.I chose to say eff it and get a new phone ,and end up spending 17o dollars that day including the case ,and it was a phone upgrade so i couldnt taake it back to metro pcs and they dont even tell that before you purchased it that u cant take back an upgraded phone.WHy would i buy something that i cant take back,i wouldnt had even expdcted it to be faulty.scam.ive been with metro pcs since 2005 in CA,never bought a sucky phone like this,ive had many phones,im so dissappointed.I didnt even really have the money like that to spend ,i thought it was worth it.Im highly dissappointed.Calls hang up,and my phone doesnt ring when people call ,me now..smh.it was the weekend and i didnt have to work,bout time i actually used the phone alot withing a few days,i already had 60 mins worth of talk time after the fact,made that in one day,that shouldnt decipjer if u can return the phone or not,like i said metro should tell u u cant return an upgrade phone when ur buying it,but they didnt ,they palyed me,.

At first, I had trouble with the phone restarting at random times and I didn't know the reason behind it, but after replacing the SIM card, I haven't had any problems with the phone and now satisfied with using this phone for the next couple of years. There is the occasional "slow down" but that can be fixed with a manual restart.

[deleted post]I hate with good reason. There's so many way better options than this for the same or a lower price.

I like the design. remind me of nokia n900. and good price

Total of 30 user reviews and opinions for Coolpad Legacy.