The Note7’s Coral blue offering turned out to be a popular color choice. Unfortunately for many, Samsung had to discontinue sales of the Galaxy Note 7. So, no S-Pen (for now) but that doesn’t mean you can’t have Samsung’s soft-blue-and-tinge-of-orange color combo, as it will come to the Samsung Galaxy S7 edge.

Currently, Samsung plans to release the Coral Blue edition of the Samsung Galaxy S7 edge with 4G+ in both Singapore and Taiwan. This edition will be available starting on November 5 in Singapore and November 1 in Taiwan from what appears to be in a 32GB configuration for now. The smartphone will feature the 4G+ radio for Asian carriers and, of course, the coral blue paint job. 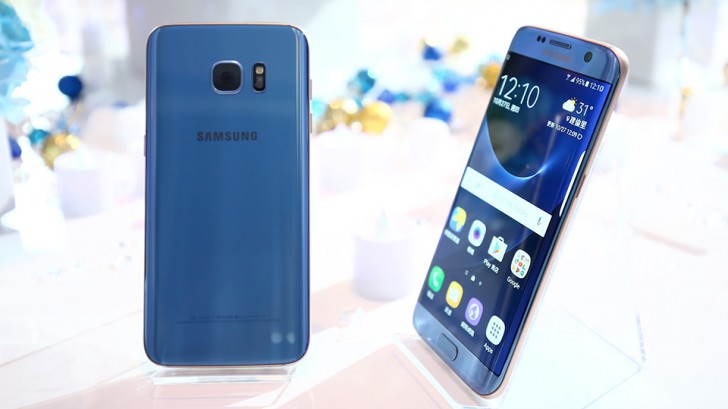 If we do get a coral blue version for the US, we don’t think it’ll have any updated hardware. It will likely be the same hardware that is on sale now, except for the new color option. In any case, there is still no official word from Samsung as to whether or not we’ll get this color. It wouldn’t be surprising if we didn’t as Asia already gets a pink gold color that isn’t available in the States.

Sorry, but a ceo of a company doesn't have time to go to gsmarena and check comments on it(no hate)

Very shallow to think the "colour" of a phone is important or desirable; it's NOT, never has been and never will be. It's strictly decorative and the colour is less than bling as it has to have one colour or another so why not blue or green or yello...