Counterclockwise: Sony Ericsson and Symbian UIQ, the early days of the touchscreen smartphone

You may remember Symbian as an OS for old-school smartphones, but it had touch-centric branches as well. Who here has used a phone with Symbian UIQ? It's a dinosaur now, extinct and replaced by better adapted species, but like those Jurassic reptiles, UIQ still draws interest from gawking visitors to the museum. 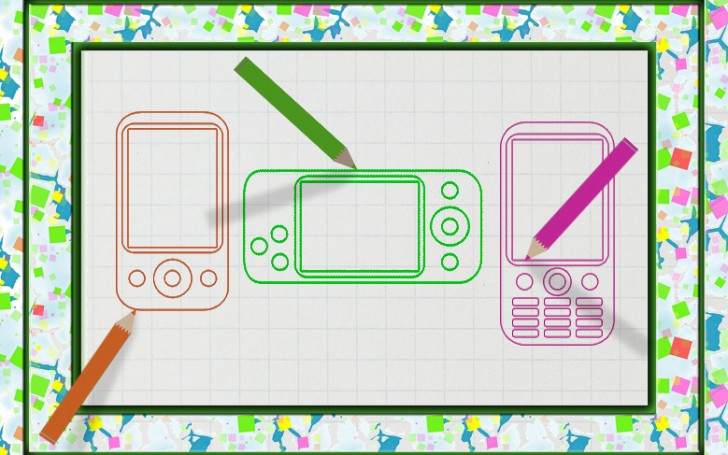 UIQ's story begins at Symbian Ltd. - a collaboration between Nokia, Sony, Ericsson, Motorola and Psion - in the distant 1998. In 2002, the newly formed Sony Ericsson started using UIQ for its touch-enabled phones.

The company had some prior experience, courtesy of the Ericsson R380. Launched in 2000, it was the first device marketed as a "smartphone" and the first phone to run Symbian (only Psion-made PDAs came before). It had a black and white touchscreen, part of which was covered by a flip out keypad. Ericsson developed an in-house interface, which predates UIQ.

The R380 had Nokia's Communicators to contend with, which had their own branch of touch-flavored Symbian (Series 80 and Series 90). Sony Ericsson became the main user UIQ.

Version 1.0 seems lost to history, but the Sony Ericsson P800 was the first to use version 2.0. It followed the R380 design with a flip out keypad (which could also be detached). This allowed for seamless transition between "phone" and "PDA" style of operation.

P900 would move to UIQ 2.1 in 2003, followed a year later by the P910. This marked the first major innovation since that old Ericsson - the flip now held a full hardware QWERTY keyboard. Note the vertical orientation of this setup, it runs counter to landscape orientation of the Nokia 9500 (a Series 80 competitor from the same year).

In 2005, the Sony Ericsson P990 would change the form factor again - the screen was cut short, to make room for a permanent QWERTY below it. The flip maintained the phone keypad, but SE was transitioning away from the large touchscreen and towards a more traditional setup. By the way, this was the first Symbian UIQ 3.0 phone.

The M600 did away with the flip and made the hardware keys bigger with a half QWERTY arrangement. The W950 was similar, but had a keypad below its screen instead.

In late 2006, around the time that the M600 and W950 were launched, Sony Ericsson bought out Symbian UIQ. You could call it a sign of faith in the touchscreen experience, but the coincidence with the reduced role of the touchscreen in SE's lineup is obvious.

A year later, SE agreed to split UIQ equally with Motorola, which was already using it for devices such as 2003's A920 and 2004's A1000. Notice how these are all about the touchscreen with only a few hardware keys. But Moto had its moment of doubt too, releasing the RIZR Z8 and RIZR Z10 with odd, angled slide-out mechanisms that revealed hardware keys.

Nothing much happened with Symbian UIQ since then. Multiple factors lead to this. The most important one was of course the launch of the iPhone in 2007. Also, Sony Ericsson's 2008 touch flagship was the Xperia X1. Yes, the much loved Xperia line was born, except this phone was based on Windows Mobile 6.1. Later that year, Nokia transitioned the hugely successful Symbian Series 60 to touch with the 5800.

2009 saw two Xperias - the Windows Mobile-powered X2 and (finally) the Android-running X10. Touchscreen phones had clearly won at this point, but it was not Symbian UIQ that that was at the helm.

(Sony) Ericsson has been building up touch-enabled Symbian since 2000, it had a massive head start on the iPhone (even more so on Android). Perhaps the stylus-based roots of UIQ held it back, compared to the finger-first iPhone. Perhaps it was Nokia and Sony Ericsson pulling in two different directions (UIQ apps did not run on S60 and vice versa). Or perhaps it was something else altogether.

Oh, the Nokia 5800 XpressMusic! A very popular phone in it's time!

Good old days were design was design and each month saw improvements everywhere as things evolved, but most of all design.

have been using sony ericsson k600i - k618i - satio, meanwhile at that time satio was the best camera phone, using it from 2009 until 2012 (display problem, repaired it and broken again) so much cool they have brand like walkman and cybershot. s...