Counterclockwise: the story of 5G and the Gs that came before it

As the first 5G smartphones are nearing launch, we thought it was the right time to trace back the various “Gs” - the generations of mobile telephony and data.

Note: we’ll focus on the GSM side of things, GSM and CDMA converged on 4G technology, anyway.

CSD was the earliest digital method to deliver Internet connectivity to a mobile phone (1G or AMPS was an analog system). Data speeds were fairly slow, typically 9.6Kbps on GSM and 14.4Kbps on CDMA networks.

Still, it was more than fast enough to handle the tiny WAP sites, send and receive email and even fax messages. The Nokia 9110 Communicator had a fax app pre-installed and it was a big deal back then. 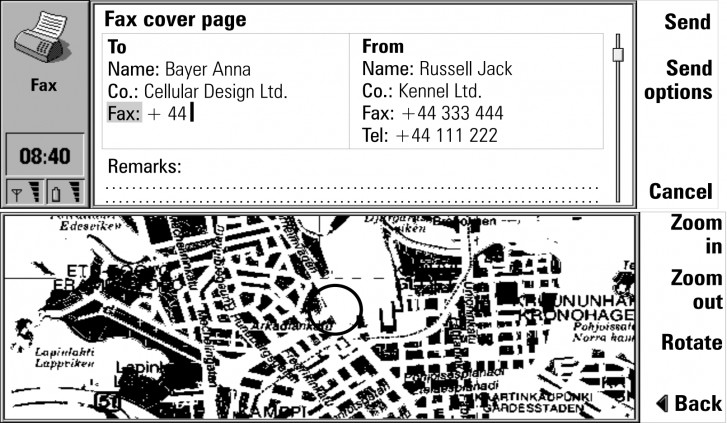 CSD was essentially a cell phone’s version of dial-up, except since the network was digital to begin with, there was no need for an analog to digital step (remember those dial-up sounds?).

High-Speed CSD became available, it used multiple channels to offer a faster connection – bonding up to 4 channels for 115Kbps (or on some networks up to 8). Some other tricks were used to increase speed, but this put too much strain on the network.

Still, we’ll see this trick used again and again – taking up multiple channels is the easiest way to increase speed.

While CSD was billed by the minute (as far as the network was concerned, it was the same as a call), GPRS was sold by the megabyte. It wasn’t much faster than HS-CSD, it offered speeds around 56-114Kbps.

But speed is not what makes GPRS important - it's time to talk about circuit-switched vs. packet-switched networks. Circuit switching essentially means a physical connection is established between base stations and all of the capacity of that connection is dedicated to the user. Once the user ends their call (or CSD session), the connection is broken.

Packet switching divides data into little chunks and can carry packets to and from any number of users over the same connection. This means it’s much easier to scale and it can adjust to the user’s needs.

This enables a constant connection – there’s no “dialing” when the user isn’t browsing or downloading emails, the phone simply doesn’t send any packets. It doesn’t tie up a circuit like CSD does and instead leaves the unused capacity for other users.

The key advantage of this is that phones can be always online, which was vital to the development of “instant” communication channels. Things like instant messaging (e.g. Wireless Village) but also push email and push-to-talk.

EDGE or “Enhanced GPRS” began appearing in 2003 and was a “bolt-on” enhancement for existing GPRS networks. It used a more advanced modulation scheme that tripled the data rates over the same bandwidth compared to the old 2.5G standard.

A typical EDGE connection offered up to 236Kbps using 4 timeslots. The latency wasn’t great and could climb up to 150ms when the network is loaded. Still, it's a massive improvement over the 600-700ms latency of GPRS.

UMTS – better known as 3G – networks became popular in 2004-2005 (though Japan’s NTT had one in 2001). Plain networks topped out at 384Kbps, but several add-ons were developed to bring that into the megabit range for the first time. 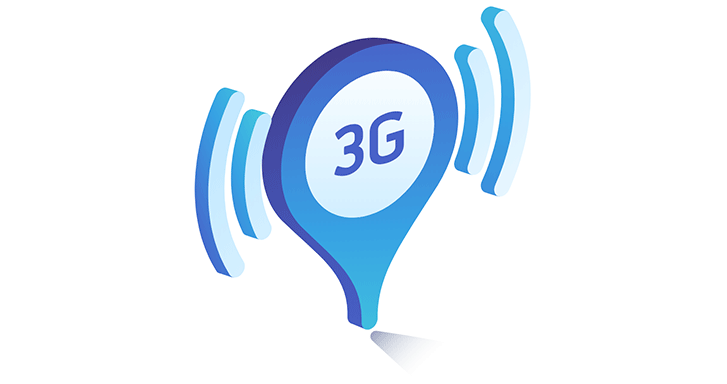 The first HSDPA standard pushed things up to 3.6Mbps and significantly reduced latency. The last editions of the protocol bumped up the theoretical maximum almost 100-fold to 337.5Mbps.

While HSDPA slightly improved upload speeds, HSUPA was developed specifically for that task (the U stands for Upload). The first release promised up to 5.76Mbps uplink. The two technologies together are known as HSPA.

HSPA+ was developed as a middle step between 3G and 4G, boosting speeds even higher (again, thanks to using several channels).

These networks had an optional all-IP architecture, in which base stations talked to the network over Ethernet.

Initially, this was dubbed 3.95G and LTE Advanced was set to be the first 4G network. Then the carrier’s ad agencies got involved and made a mess of things. Some networks even tried to relabel HSPA+ as “4G”. At this point, the Gs started becoming essentially meaningless.

The LTE specification allows for up to 300Mbps down and 75Mbps up, though the earliest phones settled for lower speeds (e.g. 100Mbps down). Latency could be as low as 5ms, effectively unnoticeable to the user.

Real life speeds and latency weren’t as good, of course. Here is an AT&T report (warning: PDF) that lists the network latencies of its HSPA, HSPA+ and LTE networks in various US cities. It looks like in 2016 LTE networks had 30-40ms latency on average, HSPA was 50-70ms.

Voice over LTE made use of the now mandatory all-IP network architecture. It is a VoIP system working over the 4G connection and it offered better audio quality (marketed as HD Voice) thanks to the higher available bandwidth. Note: HD Voice is supported on older networks too.

Most carriers still support old-school circuit switched voice calls, but some don’t – Jio in India only does VoLTE calling. With this and the push to RCS, the last remnants of 2G networks might be put out to pasture over the next decade.

This article is accurate. I hate it when people say HSPA is 4G. AT&T is notorious for doing this with their fake 4G (HSPA) and now they claim that they have 5G! Marketing Strategy!!!!

I got lucky if I reached 5Mbps at noon