Before 2010, Samsung had many phone lines - the Omnia line was the star, a selection of high-powered Symbian or Windows Phone devices. There was the occasional Pixon camera phone or the low-budget Corby and, of course, the Galaxy phones.

Then in March 2010, Samsung unveiled the I9000 Galaxy S. It was a well-received phone, but no one could have predicted that its descendants will come to dominate not just the Android landscape but rank as some of the best-selling smartphones in the world.

This is its story and that of its children and grandchildren.

The Galaxy S wasn't the first phone to be unveiled with a Super AMOLED screen, that honor goes to the Samsung Wave, running on the company's in-house Bada OS. Nevertheless, it was a glorious screen and it defined the premium Galaxy line.

Super AMOLED differs from regular AMOLED in that the digitizer (the "touch" part of a touchscreen) is integrated into the screen. This helped Samsung's screen reflect only a fifth as much light as other AMOLEDs, making for stellar sunlight legibility.

It was PenTile screen, meaning that instead of full RGB pixels, the screen had just two subpixels per pixel. Still, this was before the resolution wars and it was okay.

The Galaxy S itself was a product of its time. It had a rounded design that doesn't look too bad even today and its body was plastic with a removable back cover.

Even this early on, Samsung showed its desire for hardware dominance. The Galaxy S was the thinnest smartphone at the time - 9.9mm thick - and it was the first Android to have DivX HD certification.

Before the end of 2010, the phone was redesigned into the Google Nexus S. It was largely the same phone, though it had a "curved display". The display itself wasn't curved, it was the protective glass above it that arched. There was an interesting limitation - the Nexus S could record only 480p video, while the Galaxy S could do 720p. It was the first Android with NFC support though.

The Galaxy S was powered by an early Exynos chipset (known as Hummingbird at the time), which boasted 3x the GPU performance of the competing Snapdragon. Even so, in 2011 Samsung unveiled the Galaxy S Plus with a Snapdragon S2. It still had a single-core processor but it ran at a higher clock speed - 1.4GHz vs. 1GHz. The Adreno 205 GPU was slightly more powerful than the PowerVR SGX540 used in the original model.

Also in 2011 was the Galaxy SL, "L" for LCD. Super LCD, but still. The phone only had 4GB of storage and used a weaker TI OMAP chipset. Before the Galaxy A phones started adopting last year's Galaxy S features, there were these versions of the Galaxy S - a repurposed flagship for a premium mid-range line.

Samsung reworked the original S once again and in 2012 it introduced the Galaxy S Advance. It had a NovaThor chipset with a dual-core processor and slightly more RAM than the other two. Still, it was a budget version - it couldn't compete with the Galaxy S II, let alone the S III.

And who can forget the Giorgio Armani Galaxy S. Well, we did. To be fair, as far as fashion brand phones go, this one isn't bad looking.

Harbinger of things to come

The Samsung Galaxy S II was the first S-phone to be unveiled at the MWC. It went even slimmer than before, 8.49mm, and improved on just about everything compared to its predecessor. It even won Smartphone of the Year at MWC 2012.

We start with the larger 4.3" Super AMOLED Plus display. "Plus" means it had full RGB pixels instead of PenTile, so even though the resolution was the same, the sharpness improved.

Did you know that the Galaxy S II supported stylus input? No, not an S Pen, but this was Samsung dipping its toes in the water before unveiling the inaugural Galaxy Note phone later that year. Curiously, some even got the S II screen to work with a pencil (the regular wood and lead kind).

The new Exynos chip had twice the CPU cores (and faster Cortex-A9 cores at that) and it switched to an ARM-designed Mali-400MP4 GPU. It doubled the RAM and storage too. This power didn't go to waste either, the MHL output was used for a dock that featured AV output (1080p), years before DeX.

The squarish design was beautiful in its own way, but the textured back cover made it the grippiest Galaxy S phone ever.

As before, Samsung also produced versions of the Galaxy S II. One with a Tegra 2 chipset (Galaxy R with a Super LCD), another with Broadcom BC28155 (Galaxy S II Plus). Speaking of TI OMAP, this chip was also used in the Galaxy Nexus. Samsung would collaborate with Google one more time, more on that later.

The Samsung Galaxy S III featured S Voice - a digital assistant after Siri but before Google made one. And before Bixby, of course.

The Galaxy S III sold so well that there were constant shortages (especially for the Blue color version). It won the Best Smartphone award at MWC 2013. In Q3 of 2012 it became the best-selling smartphone, outpacing the iPhone 4S. Perhaps unrelated, but Apple filed a lawsuit against Samsung the S III was in the thick of it.

There were several versions of the Galaxy S III once again, but in the interest of time we'll skip them. We do want to talk about the Ativ S.It was based on mostly the same hardware but it ran Windows Phone 8. We never felt like Samsung seriously tried to make great Windows phones, but this is probably its strongest effort.

Samsung is famous for piling on new features and the Galaxy S4 was accused of feature creep. Also note the change in naming - from Roman to Arabic numerals. We hear that next year Samsung might switch back - Galaxy SX instead of S10.

Anyway, the S4 could track your head position and scroll a web page as you tilt your head up and down. After that Samsung sort of gave up on this line of development, but the S9 phones do keep a close eye on your face.

The Super AMOLED screen could also detect your finger hovering above the screen and there was a sensor for gesture control. Much of this went unused and was dropped in later models.

A face only a mother could love

The Galaxy S5 introduced a slew of new features - like IP67 water resistance, wireless charging (which was optional on the S4) and a fingerprint reader. Still, the phone faced heavy criticism for its design.

For all the features that Samsung packed into the phone, the phone itself was... ugly. Sticking with plastic was a mistake or so many thought. To be fair, the dimpled back cover wasn't great to the notch and not that pretty to look at. What it was was practical.

The S5 did face more criticism. The swipe fingerprint reader was harder to use than iPhone's TouchID. The phone had PayPal integration that used the reader (this was before Samsung Pay), but the experience wasn't as smooth as Apple Pay.

The Galaxy S5 also added a heart rate monitor, a feature that persists on Galaxy S phones. Unfortunately, many found it as inconsistent as the fingerprint reader.

Despite all this, the S5 went on to become the fastest-selling smartphone in Samsung's history (at the time, anyway).

This Counterclockwise has gotten a bit long and this feels like a good place to hit pause. Join us again next time to see how Samsung answered the claims of unattractive design and feature creep. As you probably remember, the Galaxy S6 was not free from controversy either. 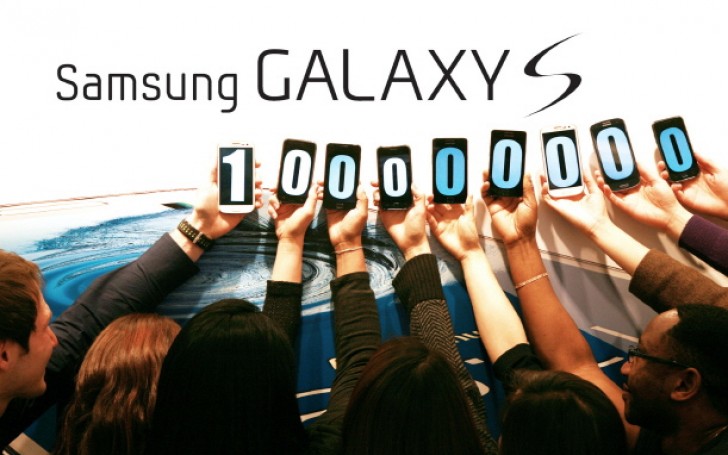 And they still haven't finished it

Back in 2008/9 Samsung were heavily invested in Symbian S60 OS (very similar to Nokia version, but with Touchwiz UI) with the Omnia HD (just a brutal awful device but did have stereo speakers, AMOLED screen & 1st to capture at 1280x720 HD) being ...