A new report from Counterpoint Research gives us insight on the average selling price (ASP) of smartphones in each major market. The major markets: North America, Latin America, Europe, Middle East and Africa, Asia-Pacific, and China are listed in the visual graphic below. As per the report, the ASP of each market has increased in every market except for Latin America. 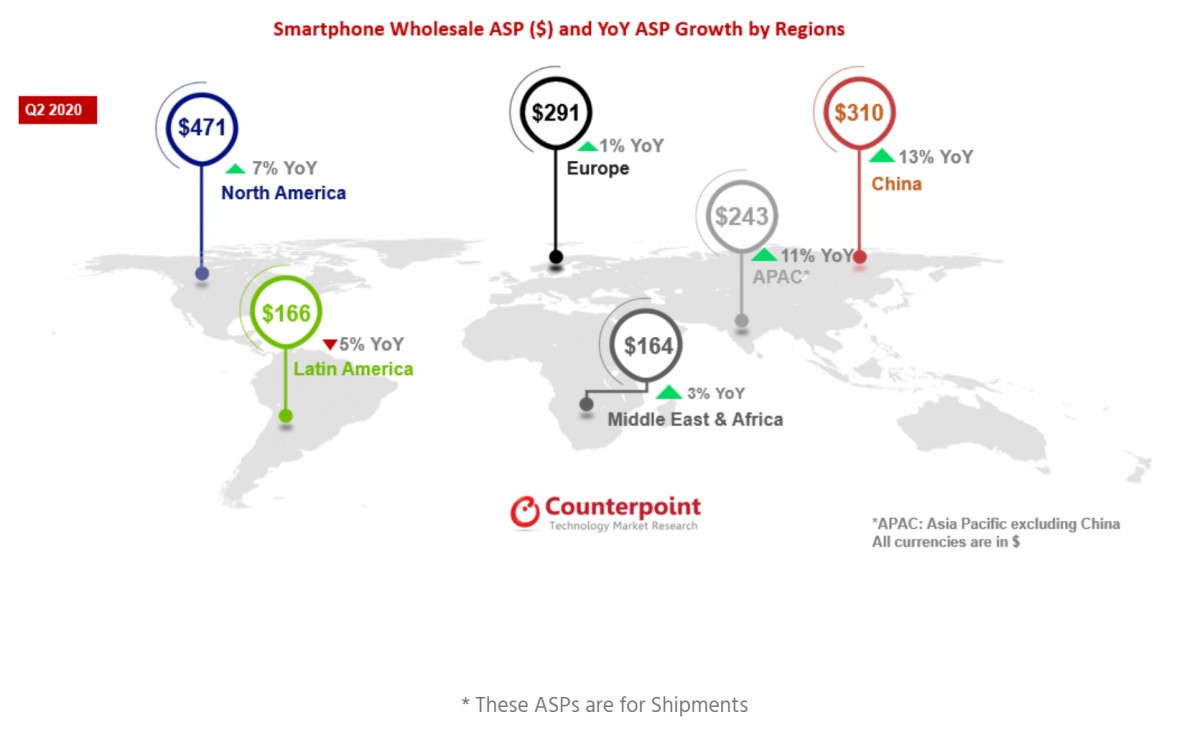 The highest increase in ASP is noted in China, where the average smartphone sale price is now $310. Meanwhile, North America saw a 7% increase of ASP YoY (Year-over-year compared to the same quarter last year) at $471. The North American smartphone market has the highest ASP of any other. Meanwhile, the report reflects a 5% decline YoY in the ASP at $166.

The increase in price is attributed to the fact that although global smartphone sales are slipping worldwide, premium priced smartphones are still selling well, seeing only an 8% decline YoY. This, compared to the overall global smartphone market seeing a 23% decline YoY. Premium smartphones didn’t decline as much as the dependency for entertainment, productivity, and communication skyrocketed during the lockdown. Apple iPhones remained in strong demand as the dependency on smartphones increased during the lockdown.

The introduction of 5G smartphones also attributed to the resilience of the premium segment. During Q2, 10% of global smartphone shipments were 5G-equipped devices which contributed 20% of overall revenue. 72% of smartphone shipments in China attributed 72% of all revenue for the quarter as seen by a major push from Huawei. While other countries were suffering impacts from COVID-19, China was already recovering which resulted in the market contributing 34% of global smartphone revenue in the quarter, the highest of any quarter since 2016. 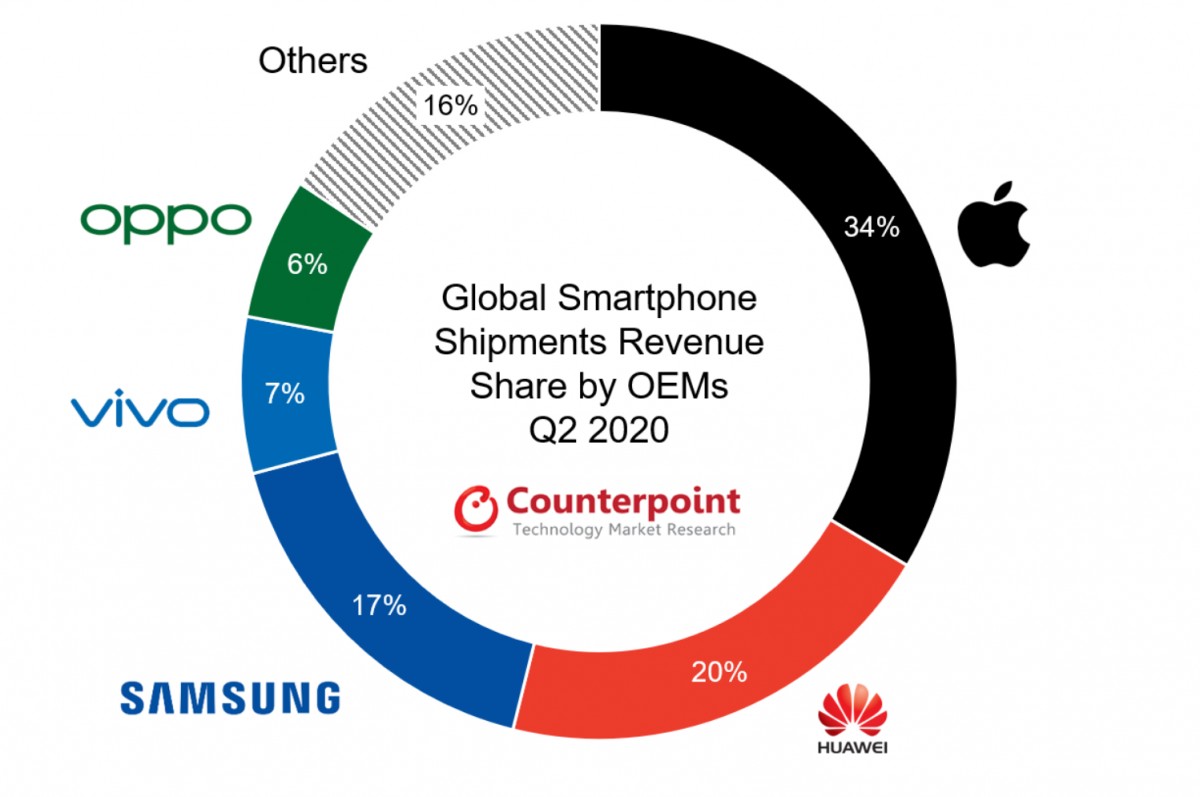 Apple accounted for the majority of smartphone sales in Q2 with 34% market revenue. Meanwhile, Huawei came in second with 20% of revenue and Samsung right after with 17% of global smartphone revenue for the same quarter. Vivo and Oppo both accounted for 7% and 6% of revenue, respectively.

This is the first time Huawei (including Honor) surpassed Samsung in both shipments and revenue. This is despite the severe impacts that the US ban has had on Huawei in markets outside of China.

They would actually, seeing as the majority of premium spenders buy Apple. I’m sure the Android manufacturers would be happy though as they would finally be able to sell their gimmick filled flagships which cannot even make the top 10 of best sellers...

What market? 20% market?? Lol Nobody would care if iOS is wiped off the face of the year tomorrow.

“Afcourse”? Lol, more of that cheap android coming through I see. :’ D your pathetic excuse doesn’t work because Apple still managed to have their entire 2019 lineup in the Top 10 and the iPhone 11 is not event their cheapest so your argument is inva...