Counterpoint: Global smartphone market is alive thanks to China and India

After Canalys and Strategy Analytics shared their analysis of the global smartphone market, today we get the complete report from Counterpoint Research. The company believes that the global smartphone market remained flat with 380 million sold smartphones in Q3 2019 over 379.8 million the same period last year, unlike the other two that believe it grew. Still, all three agree that the seven-quarter streak of YoY declines is finally shattered. 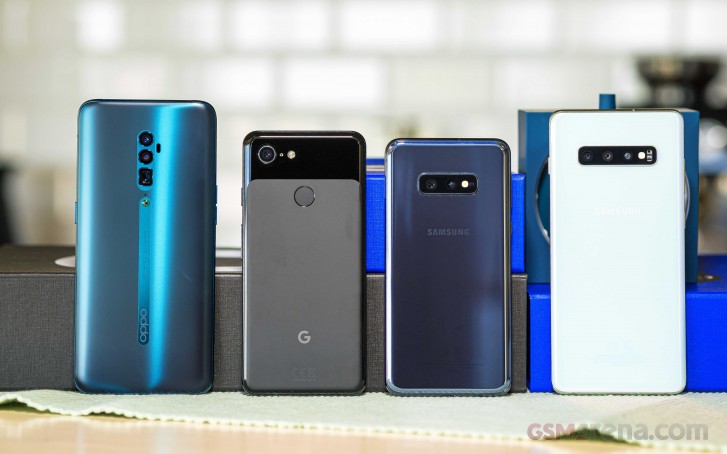 According to Shobhit Srivastava, research analyst at CP, retailers in India started preparing early for Diwali, while in China the National Day Golden Week holiday led to a growth of 6%. The positives are that the momentum will follow into the holiday season and smartphone manufacturers might see a stabilization of the market.

However, on other markets the landscape is not so picturesque. Huawei might’ve been a powerhouse in China during Q3 2019, but with the lack of Google-enabled smartphones, the company saw declines in sales in Europe, Latin America, Middle East. The whole trade war situation with Huawei being the hostage was beneficial for other competitors like Samsung and Xiaomi who managed to boost their market shares. 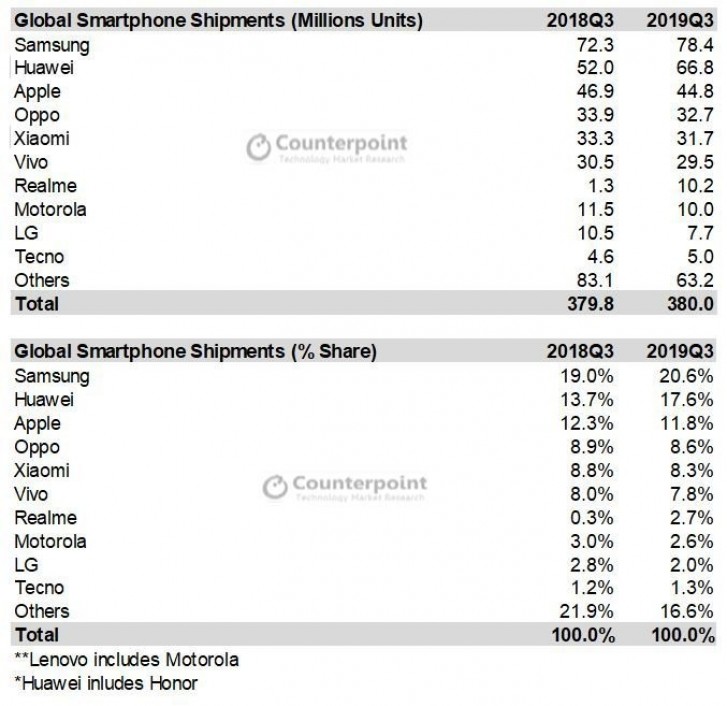 Counterpoint includes more brands in its reports and while we already knew about Realme's stellar performance, we also see that Tecno grew and entered the top 10. LG, Motorola experience declines though and so did HMD's Nokia, which fell out of the top 10.

Im glad America isnt the leading market - otherwise we'd only have apple and samsung, and that would be pretty sad ;)

Who said the US was the only market? You’re so quick to attack the US, you’re making your own arguments up.