ZTE's nubia sub-brand is going to unveil a new smartphone at an event on April 6. Invites have already gone out, and the TENAA listing for said handset has appeared already, giving us a pretty complete idea about its specs. The rumors say it's going to be called nubia Z17 mini, and today football superstar Cristiano Ronaldo has decided to tease it a bit. 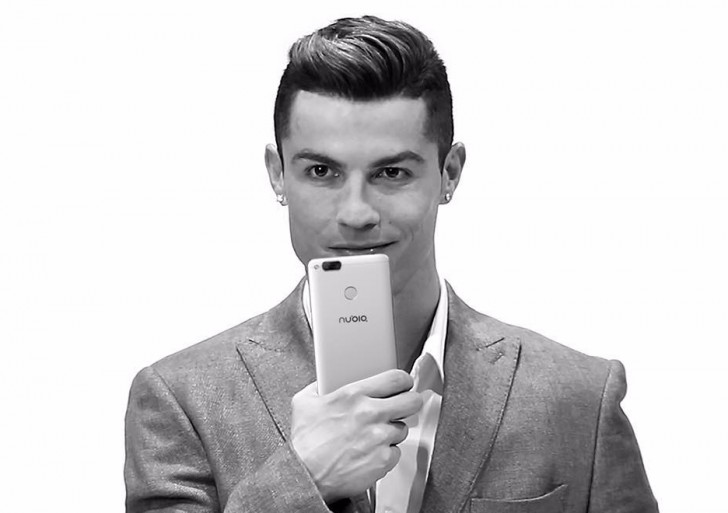 The image you can see above has been posted to his Instagram account, with the following statement attached:

Just finished shooting with @nubiasmartphone very impressed by the dual camera! Looking forward to the product launch on April 6th

Cristiano Ronaldo has been the image of nubia smartphones for a while now, so doing a photo shoot for the upcoming model isn't surprising at all. Though it is, as far as we recall, the first time that he's taken to teasing a new device before its announcement.

Thankfully this image confirms once more that the phone we spotted at TENAA is the one that will become official next week. The nubia Z17 mini has a 5.2-inch 1080p touchscreen, 13 MP + 13 MP resolution for the dual rear camera setup, and a 16 MP front-facing camera takes care of the selfies.

The star footballer says he's very impressed with the phone's dual camera and most importantly the money he earns for endorsing this. lol

LOL! CR7 must be easily impressed especially after revealing his airport statue at the Madeira! :'P