Last month, Micromax officially announced its plans to create a new mobile device brand - Yu. The devices using this brand are to be sold online only, emulating the business models of Chinese companies such as Xiaomi and OnePlus. The first smartphone in the series was then said to get unveiled sometime in December, and today we know exactly when that will happen.

Micromax has apparently started sending invites for its Yu event, which will take place on December 18. The invite itself doesn't reveal any details about the first Yu handset, as you can see. 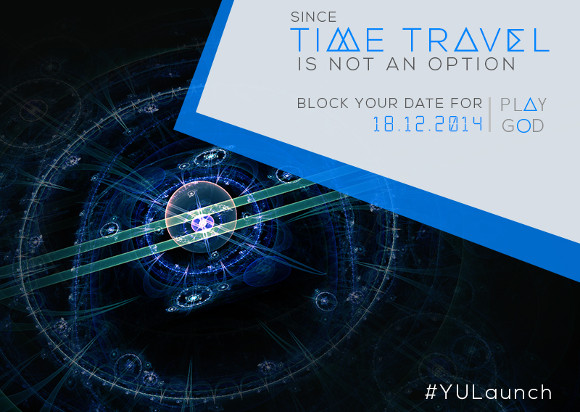 However, according to Micromax co-founder Rahul Sharma, "the phone is going to be a monster", as it will have "really cool specs". So we should probably expect a high-end offering for the new brand's debut.

Also on December 18 we should find out which Indian ecommerce sites will be offering the Yu phone, as Micromax has reportedly been negotiating with various companies in the field.

As for software, Cyanogen has committed to an exclusive relationship with the Yu brand from Micromax, which has even meant disappointing prospective owners of the OnePlus One in the subcontinent, who won't be receiving over-the-air updates for their devices running the well known custom ROM.

Yes that's true and it is a bit weird IMO

The Main Attraction To The Phone Is Cyanogen

Cyanogen is good bt hard ware partner micromax is not good..ohh god cheap class hard ware manufacture in budget phones of Motorola or Asus zenfone.and in this market of competition need superamoled instead of IPS.