The story behind the Nokia 808 PureView 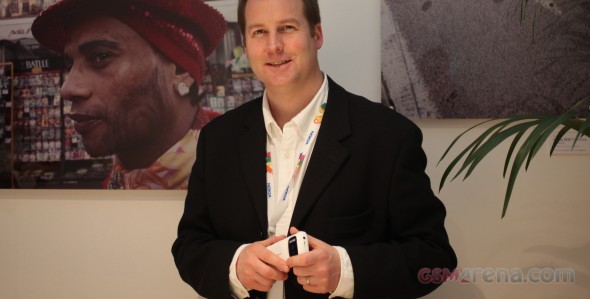 GSMArena: The Nokia 808 PureView is currently the hottest topic on our website. We are interested in every detail. Please tell us how the project came about.

D. Dinning: It all started about five years ago. We wanted to do optical zoom—at this time we thought it necessary. When we were thinking about the future development of the N93 and N93i, we could see that the expectation of the performance of such a device would be high. We didn't feel that we could achieve the right balance of a product that was small enough with the performance that we thought would be required in the future, after the N93. You could have good image quality, but the device would be really big, you could make it smaller but the image quality was lousy.

Whichever way you looked at it...we actually had a number of concepts which were taken quite far in the development stage. We looked at folded optics for example, we looked at straight optics; various different configurations, and we couldn't make any of those work well enough. It was clear to us that we were going to have to do something quite different.

One of our guys was reading an article on satellite imaging, and he found it kind of inspiring how satellite imaging was done, where you have a very high resolution image, and you only use pieces of it. He wondered: could we use an idea along those lines, and actually zoom? And they actually created one idea, which wasn't taken forward at that particular time.

Later on, when we were thinking about this problem again, we connected to the original idea, in a way that the original idea then became improved upon. We did some very crude sketching, and we realized that there were the possibilities to actually do zooming with a very high resolution image. Originally, we wanted to do a 38 megapixel sensor with a 4:3 aspect ratio. Then, when we were developing it in the early days, we had this idea to do this extended 16:9, like we've done on the N9, the Lumia 800 and now the 900. And that meant we had to increase it from 38 to 41 megapixels, to give it that extended capability. That's how we came to the idea, and it was fundamentally driven by what things we were able to do. Now along the way, we realized that there would be other benefits of using this very high resolution sensor, other than just zoom. One of those is the oversampling capability.

This is where, when you are using the default 5 MP setting, we take up to 7 pixels, take the information that you want from those pixels, and process that using some Nokia algorithms. We are then able to throw away most of the visual noise that you don't want, and what that leaves you with are pixels that are extremely precise, so you see far more detail with a 5 MP image than you could capture with any other device, when you're using no zoom. That's when you get the best quality—when you're not using zoom, because you get all the benefits from the oversampling. So in good lighting conditions, typically you won't see any noise at all. They look like SLR images.

As you zoom, the oversampling reduces, so when you reach the maximum zoom, it will no longer apply any oversampling. We have a very good sensor, and we want to preserve as much of the information as possible. The noise will probably be no worse than N8's was in daylight. In low-light, it's significantly better than N8. Even in full zoom, we have better per pixel quality than on the N8.

GSMArena: But you have more pixels than on the N8 and the pixels in the Nokia 808 are smaller. How are you able to achieve better per pixel quality?

D. Dinning: Partially because of the larger F2.4 aperture. That gives us 50% more light. It's also a later generation sensor, and we also have some additional processing that goes on some of the data that comes straight from that sensor, and that gives us a cleaner output.

D. Dinning: It's not cheap, but when you compare it to optical zoom, you would have to put more cost into the optics. You'd have moving components. You'd also have a device that becomes potentially more fragile, and bigger. There are a number of other advantages as well, for example with typical optical zoom, as you zoom, you end up with 5.6 aperture for example, so that means we have 5.4 times more light reaching our sensor with our maximum zoom versus an optical zoom.

GSMArena: Is there something which ties this product with this particular operating system?

D. Dinning: In theory, no. When we started this project some time ago, it was initially a technology development, then it became a product development as well, and switching operating systems would have delayed deployment. Our thinking was that there's a lot of people out there with N8's, for example, who want a follow-up device, and we couldn't see any rational argument for not doing that. I think it's a really great smartphone.

GSMArena: At one stage or another, most companies stopped actively pushing the boundaries of what was possible with mobile imaging. Currently Nokia seems to be the only company pushing in this direction. Are you concerned about not having any competition?

D.Dinning: I obviously can't guess or speculate what our competitors are going to be able to do. Our intent is to lead in the area of imaging, and this is one way that we can do that. I think we demonstrated today quite firmly that we can differentiate in this area. How long it would take for anybody to redeploy that technology, I honestly don't know. There are not many people that can manufacture optics at that level of precision, and you need optics, otherwise you just can't make it work. This is by far and away the highest precision optics we've ever introduced.

Next Page » 3. Under the hood
2. Development
Reviews Nokia 808 PureView in focusPage 2