You want dark mode for your Facebook app? Get the Lite

Smartphone UIs have been getting increasing darker over the past couple of years, culminating with the arrival of a system-wide dark mode with Android 10 and iOS 13. A lot of the major apps had the option for a dark theme before that, but even afterwards a couple of the most used apps don't offer the capability just yet - Google Maps (outside of the navigation mode) and Facebook.

Well, it seems that at least Facebook's dark mode is on the way, judging by a recent development in that direction in Facebook Lite for Android - a toggle has appeared in the hamburger menu, letting you make the switch. 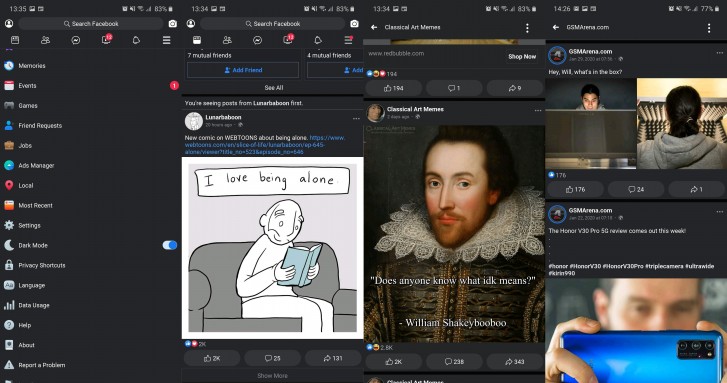 Other apps in Facebook's family have been more progressive in this respect. Messenger, for example, got a dark mode about a year ago, while Instragram jumped on the bandwagon in October. Let's see when the full-fledged Facebook app will follow suit.