It's probably no surprise that Samsung is working on the third generation Gear S watch, but we get the first official confirmation by way of a de Grisogono official.

The Swiss jeweler created a diamond-studded version of the S2 watch and now reveals that it's working on doing the same with the Samsung Gear S3 at a Conde Nast Luxury conference that took place in Seoul last week.

No details on the S3 watch itself were given and to be fair, digital specs are not exactly de Grisogono's specialty. 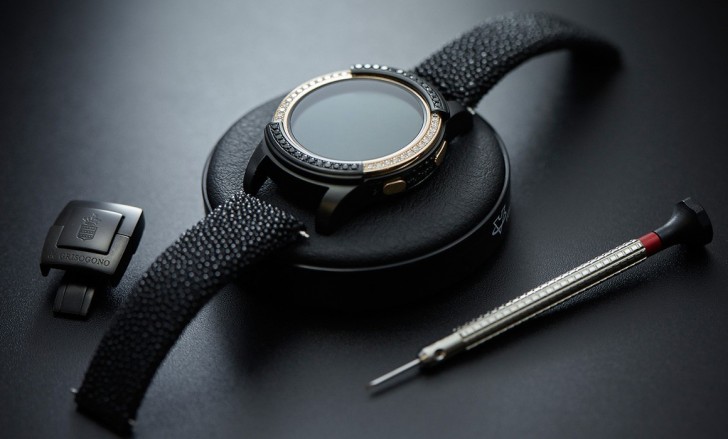 The jeweler did reveal that it handcrafts 100 limited edition Gear S2 watches and each one costs a precious $15,000. This model was unveiled at Baselworld early this year and the S3 version will likely be unveiled at the same event next year.

Hoping that Sami will give us the best in spec term bw all watches, beside a shape the looks exurious. For now non of their models look nice

You are so so right.

I cringe at the concept of smartwatches and their buyers. Then again... some people cover their phones with diamonds. lol