A few sweet US deals are available today on Samsung, Apple and Sony smartphones.

Samsung is offering a free microSD card if you purchase any of the company's current flagship smartphones, including the Galaxy S9, S9+, and Note8.

For Galaxy S9 series, memory card size depends on the internal memory of the device you purchase - for example, if you go for a 64GB Galaxy S9, you'll get a 64GB card. For Note8 however, the max you'll get is a 64GB card.

The promo ends July 31, and you can redeem your offer by August 7.

Best Buy is offering discounts of up to $200 on Apple's iPhone 8 series phones, including the Product RED edition. The condition here is that you need to make your purchase on a monthly installment plan. 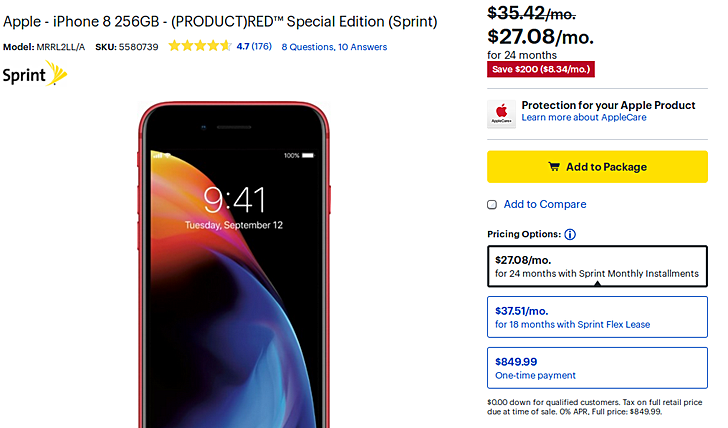 Participating carriers include Verizon, AT&T, and Sprint. Not all models have the $200 discount on them though - the minimum you get to save is $50, while there are certain variants that are discounted by $150.

A couple of US retailers - Amazon and Best Buy - are offering the Xperia XZ1 Compact for $360. That's a discount of $240 when compared to what these devices usually cost at these retailers.

The deal is only available on the black color model. As you can see, Best Buy clearly says it's a clearance sale, although Amazon doesn't mention anything like this.

For more information on these deals, as well as to make purchases, head to the links below.

I will keep posting until the author accepts his mistake.

Now I get why both Sam and Verizon are number one