Dell always had a thing for education environment devices. And now in the beginning of 2017 the company launches two new 2-in-1 laptops along with 4 updated ones. Like the other devices destined for schools, the Dell Latitude and Dell Chromebook 11 Convertibles are built with rounded corners and sealed keyboards to handle spills.

The Latitude’s OS is Windows 10 while the Chromebook obviously runs on Google’s web-focused Chrome OS.

Both Convertible devices are with 11” displays and can be used in a traditional mode, folded in a tent position or transformed into a tablet. They both support Dell’s optional Productivity Active Pen which is basically a stylus. The Latitude is powered by 7th gen Intel Celeron chip, while the Chromebook runs the 6th gen. 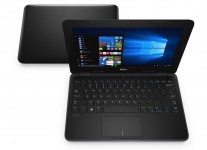 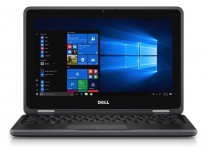 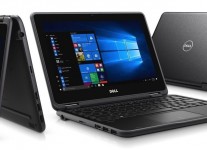 Dell also redesigned its regular 11” and 13” Latitude and Chromebook laptops. Now they are prettier with more minimalist look and are also built to withstand falls, spills and clumsy people.

All the devices will be available on February 7. The Latitude 11 Convertible price starts at $579 while its Chrome OS compatriot is priced at $349.

nice information thanks for sharing such information. Need support on dell devices call our dell support number 1-800-513-4593 and get support from experts.

Glad you found it funny.