Doogee has been known for its rugged phones, and those seem to be excellent yet budget alternatives to more premium devices such as CAT's. Doogee (pronounced du:dʒi: if you wondered) sells well-specced, nearly indestructible phones at a bargain price, and if you happen to drop yours in, say, a lava pit, well, you wouldn't care that much, and you'd just buy another one.

And here is one of these weirdly interesting specimens - the Doogee S88 Pro. It's been sitting in our backlog for a while, but we are glad we finally got to review it. 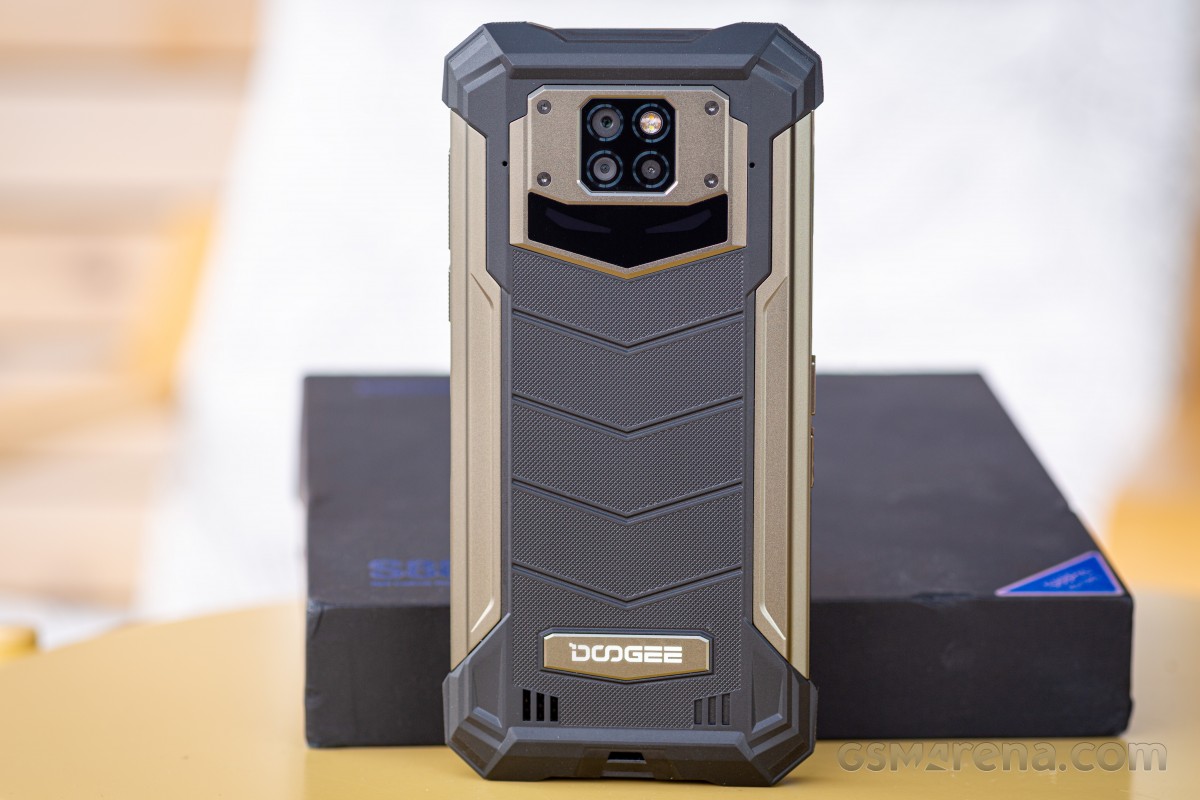 Just like many other rugged phones, this S88 Pro has a Transformer-like look with a ruggedly handsome body made of metal and rubber for IP69K water and drop resistance, among others. It has a decent 1080p screen, adequate hardware for the job, a modern camera setup, but what's probably the key selling feature is the enormous 10,000mAh battery. Wow!

So, the Doogee S88 Pro offers a 6.3" 1080p IPS LCD screen, it runs on Helio P70 chip, and packs a triple camera on the back with a 21MP primary, an 8MP ultrawide shooter, and an 8MP depth sensor (that has to be a first). There are additional custom and emergency keys, you also get a fingerprint scanner mounted on the frame, while on the back, two eye-shaped LEDs complement the front notification light.

Doogee S88 Pro at a glance:

The Doogee S88 Pro comes packed within a large paper box, but it's a large phone, isn't it? Anyway, inside you'll find a 24W charger, a USB-C cable, a 3.5mm-to-USB-C adapter, and one small sling.

The S88 Pro also ships with a thin screen protector, which you can easily apply by yourself. Well, it is supposed to be easy though we screwed up a bit with ours. 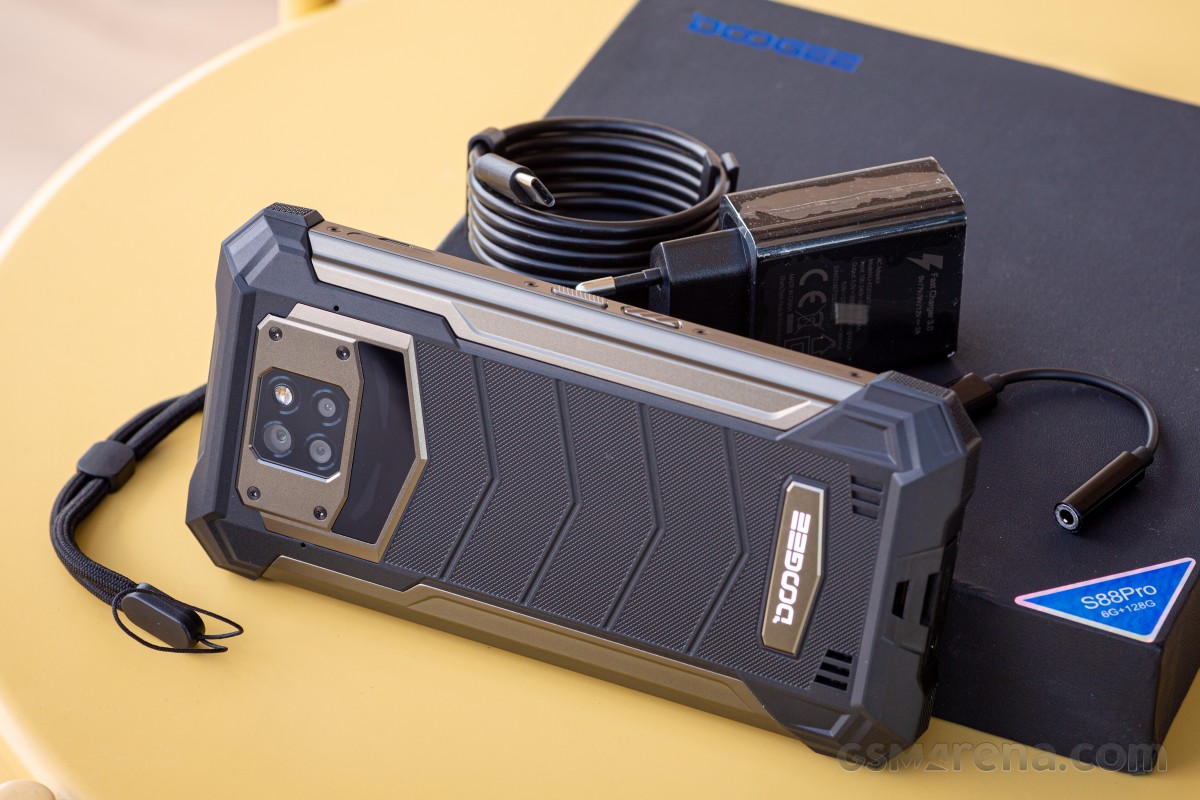 We expected a tempered glass - like the one Ulefone ships with its Armor phones - but Doogee's is just a rather thin plastic film though the maker is claiming it is explosion-proof. Right...

My doogee s88 pro got torn at the back, where it is covered with plastic. I don't know how it happened.

I have my S88 Pro for a full year now and it still works without any issues. I did an accidental drop test of around 8 meters where my phone fell from my pocket as I was leaning, and still works perfectly without any defects. This is a decent ru...

Hello. After almost a year of using the phone I have the following to say: As a device it is quite good without any particular problems. One that I have seen (I do not know if it is on my device) is the GPS and the other tools that Protractor has, ...