Eager to know more about the DROID BIONIC? The FCC has just came to your rescue. The Federal Communications Commission has ripped the phone apart in one of their routine tests and hasn’t forgotten to photograph it. Of course, they have also shared those photographs along with the user manual for good measure. 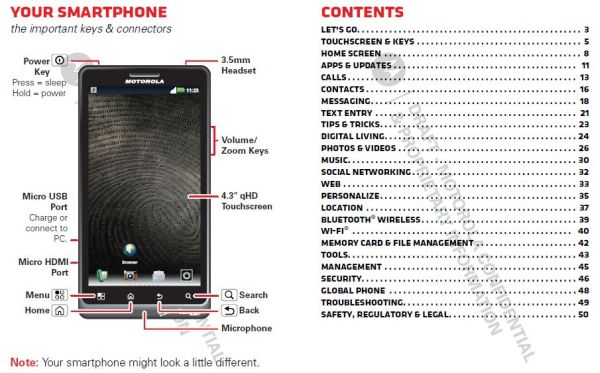 The manual confirms rumored hardware specifications of the phone; it will have a 4.3-inch touchscreen qHD, dual-core 1GHz TI OMAP4430 processer and an 8 megapixel camera on the back with 1080p video recording. We also discovered some other things such as a built-in Netflix app, a micro HDMI port on the side, microSD card slot as well as the fact that the DROID BIONIC supports CDMA, GSM 900, GSM 1800 and UMTS 2100 networks, which makes it capable of making calls in 200 countries worldwide. However, no mention of LTE has been made in the manual. 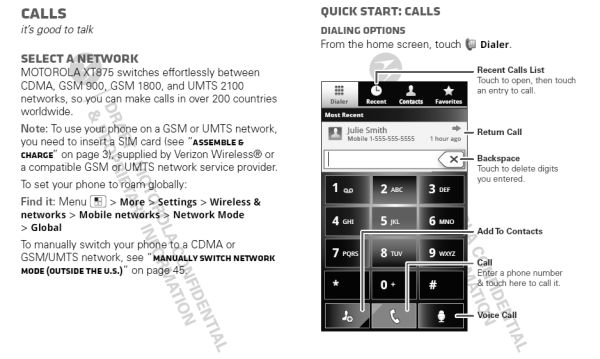 The FCC’s photographs also reveal that the DROID BIONIC will have built-in support for induction charging. You will probably have to shell out more for a compatible charger, however.

You can check out some of the photographs below or click on the source link to download all of them along with the user manual.

@momo - "you would think the fcc could afford a better camera...." - good point :) @mark - "for all world?" - Probably yes.Did you read the article? You may be call in more than 200 countries. The phone looks like most android...

you would think the fcc could afford a better camera....