Motorola DROID Mini announced by Verizon, to cost $99 on contract

A refresh of last year's DROID RAZR M, the DROID Mini is Motorola's/Verizon's attempt jump onboard the 'Mini' nomenclature alongside recent similar offerings from Samsung and HTC. 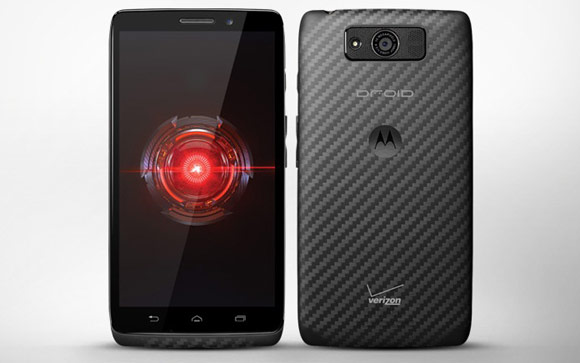 The Mini is part of Verizon's just-announced refresh of their DROID lineup, alongside the new DROID Ultra and DROID Maxx.

As expected, the DROID Mini is the smallest of the new trio, sporting a 4.3-inch 720p Super AMOLED screen. It is the only one to feature Motorola's edge-to-edge display, aimed at minimizing the bezels on either side of the screen.

Other specs include a dual-core 1.7GHz CPU with 2GB of RAM and 16GB of internal memory, a 10MP camera capable of 1080p video recording, alongside a 2MP front-facer also capable of fullHD recording. All of this will be powered by a 2130 mAh battery.

Like the previous DROID, it features Kevlar protection, although this model features a reinforced unibody to go with the Gorilla Glass up front.

There's also a few software optimizations thrown into the mix, such as Droid Zap, which lets you quickly send files to other smartphones via the cloud. The new camera interface from Motorola is also here, which aims to minimize the amount of icons cluttering the screen.

The entire DROID lineup will be available on August 20 from Verizon, and the Mini can be preordered for $99 on-contract right here.

I want to much more how this contract works

Eventually. Obviously off-contract phones are more expensive, but I think the freedom is worth it.

Does anyone know if there will be a contract-free version of this cellphone?