It's been a while since we saw a new DROID from Motorola and Verizon. Well, there is one coming soon, and it is the new DROID Turbo. We have seen some of the specs and other details in a leak before, but here is the back of the phone in that neat Verizon red finish. 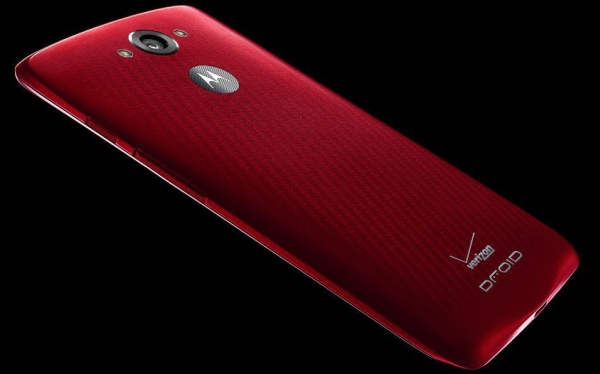 The image was posted on Verizon's @DroidLanding Twitter account for a while before being pulled down, so it's fairly legit. From the back you can see the supposed 21 megapixel camera with the dual LED flash. The phone is also supposed to have a massive 3,900mAh but it's hard to tell that from the image. In comparison, the phone looked fairly chunky in one of the previous leaks we saw.

No word yet on when this phone will be announced.

If the droid turbo doesn't come with a SD slot they dropped the ball again like they did with the maxx.

Eagerly wating for the Motorola to get relese in India. The first hadnset I used was motorola and still like motorola devices. So waitng for it to get it in India. 32GB is enough space no need for extra memory card. This would be one of the best devi...

The problem is as consumers we, have not given manufacturers enough push economically to include a SD card slot. Where as, they can eliminate it and save money. Google can make money by making us store in Google drive and getting more of our personal...