The BlackBerry brand is enjoying its new lease of life under TCL Technology ownership. Last year we saw the rebirth of smartphones with QWERTY keyboards with the arrival of BlackBerry Keyone. After its market performance was dubbed as “Mission Accomplished”, the device is getting a successor. According to leaked images from the State Intellectual Property Office of China (SIPO), the new phone will be called BlackBerry Athena and will have a dual camera on its back. 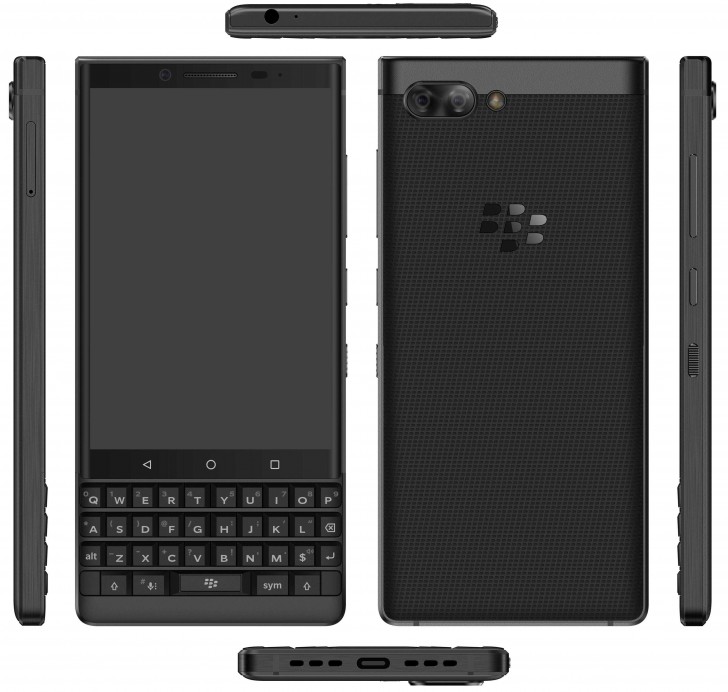 The BlackBerry Athena looks to follow on the formula of Keyone. It’s dual camera setup, paired with dual-LED flash, will be a first for BlackBerry devices. The Convenience key now makes its way in the middle of the right side, instead of being on the left like on the Keyone.

The front seems to have the same 3:2 aspect ratio of the display with the Android navigation keys sitting below it. The QWERTY keyboard is below and pretty straightforward.

The bottom will house the grill speaker and the USB-C charger, while the 3.5 mm jack is on the top. There will be only one selfie camera on the front, while the back appears to be plastic, chamfered from top to bottom with the BlackBerry logo.

There's always been a fingerprint sensor in the spacebar. The convenience key has always been on the right even on the KeyOne, it's the power button that seems to be moved from left to right and I'm assuming it's the one placed lower.

Looks like there is a finger print sensor in the space bar.