The rumored Motorola EX115 and EX128 have just surfaced yet again. This time we get to find out the release dates and prices of both dual SIM feature phones. Those are expected to start shipping next month and should cost around 100 euro.

The Motorola EX115 will come with a full QWERTY keyboard, while the Motorola EX128 will pack a touch sensitive display (its size and resolution are still a mystery) and both will be able to accommodate two SIM cards at the same time.

Strangely, Motorola EX128 features some sort of a touchscreen UI - so far Motorola hasn't presented any feature phone operated by touch so the EX128 novelty factor may extend beyond its Dual SIM capabilities. 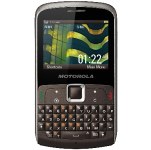 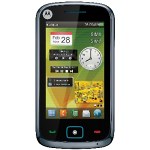 The two upcoming devices have been spotted on the website of Germanos Romania, a European cellphone retailer, and according to it, they should become available on 18 October. The EX115 is expected to cost less than 95 euro, while the EX128 will be priced at less than 120 euro.

i have the ex115 for roughly 7 months now the phone fell and it has not been able to come on. I took out the screws opened it but could not find anything wrong with it. I want a someone to tell what could be the cause of this cause im staring to get ...