Dual SIM Sony Xperia Z4 may be in the works

A new leaked document allegedly from a Federal Communications Commission listing could prove linked with a dual-SIM Sony Xperia Z4.

If this turns out true it will be only the second flagship smartphone by Sony to have two SIM cards - the first was the Sony Xperia Z3 Dual. 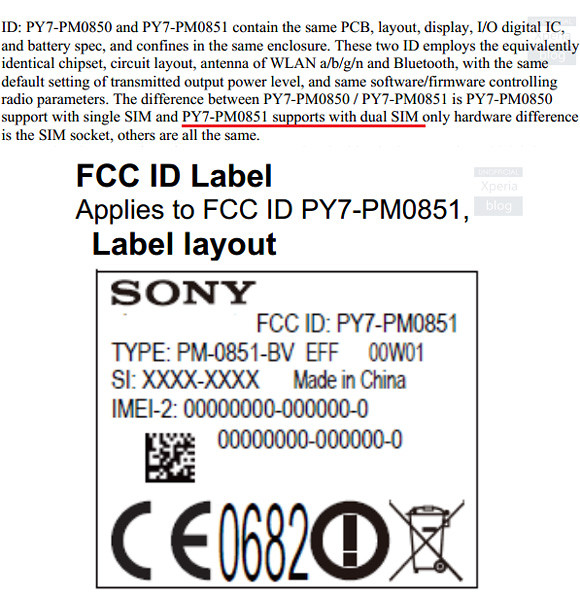 The listing refers to a model with type number PM-0851-BV with acknowledged dual-SIM capabilities. The document states the only hardware difference is in the second SIM socket.

Just last week we saw an FCC listing for a PM-0850-BV, believed to be the Sony Xperia Z4. The device was also certified in Japan shortly before that.

With just scrapes of documents and rumors flying about we can't help at feel eager to see the Sony Xperia Z4 in the flesh, hopefully during the Mobile World Congress a little over a month from now.

i sold my z3 dual sim when summer came cuz its too big and my pockets r small now i have s5 mini duos it's cool, and i won't go back to sony unless they make a Z dual sim compact hopefully full active dual sim :D