Dual-screen Yotaphone 2 to be released by T-Mobile

Ever since it was originally unveiled back in February of last year, we've known that the Yotaphone 2 was eventually headed to the US market too. But it still hasn't made it. Thankfully though, a new rumor claims that this is now on track to happen soon.

Apparently T-Mobile will be the carrier offering the Yotaphone 2 to the American public. The release will happen either in March or in April, according to certain unnamed "sources that are familiar with the matter". 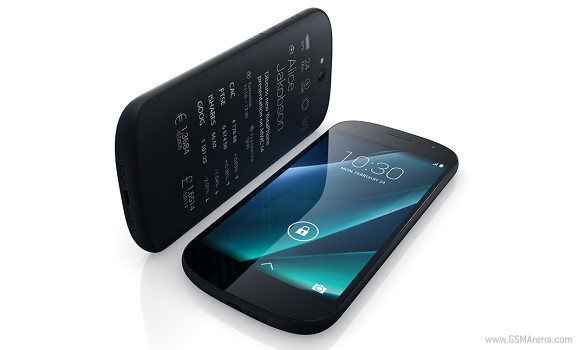 Of course you should consider that even if this timeline is valid as of now, it may change in the future. Still, it looks like the two-screened device is finally close to making its debut in the US. It's already available in some countries in Europe, the CIS, and the Middle East, so it's about time.

Furthermore, the Yotaphone 2 is said to also be offered by a Canadian carrier sometime this year, but we don't yet know when exactly or which company is going to sell it.

T-Mobile's pricing of the smartphone hasn't been revealed, but going by how much it costs elsewhere you should expect to pay a flaghsip-level amount for it.

i have bought this phone few weeks ago, yes it is impressive and sexy; but not it has limited use! e-ink screen, you can't read gmail or any other; unless you are using the inbuilt POP/smtp email (mostly business mails. notifications: it detects all ...

It is a gimmick to you.. But the device is aimed at a particular group of people qho would put the eink display to good use.. Like those who use their phones to read a lot of books.. Or maybe business men who spend quite a large part of day on email ...