Yesterday, Nokia announced the availability of its first two handsets to feature two SIM card slots. The Nokia C2-00, which has been in development for over a year now and the Nokia X1-01, which was unveiled just the other day, are already on their way to retailers around the world.

Both of them are entry-level handsets with next to nonexistent functionality outside telephony and messaging, but they come at very attractive price points.

The Series 40-running Nokia C2-00 is the slightly better spec'd handset, adding hot-swap functionality for one its two simultaneously active SIM cards. This means that you could actually use that one will more than two SIMs relatively trouble-free if you need to. 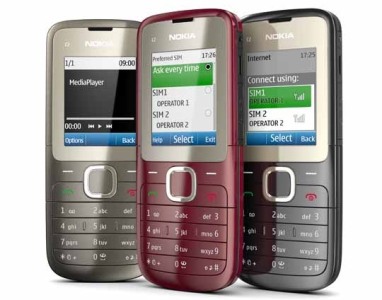 The rest of the Nokia C2-00 specs sheet is not quite so spectacular, but the microSD card slot, the FM radio and the 3.5mm audio jack will probably earn it some popularity among music-loving teenagers and developing markets.

In fact the Nokia X1-01 seems to aim for the same thing with a roughly identical specs sheet. The only differences are the hot-swap SIM support, which has been dropped and the lower-end Series 30 interface, which has replaced the Series 40 UI in an effort to bring the price even further down. The camera has also been axed, but the X1-01 comes with a LED flashlight and dedicated music keys. 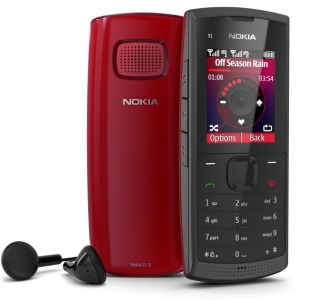 The pricing of the Nokia C2-00 is €45 before taxes and the X1-01 will go for €34. Knowing the carriers attitude towards dual-SIM phones you shouldn’t expect subsidized prices on those two, but then again hardly anyone will need them anyway.

there is nothing about no screening! thats so mistarious

Unfortunately the X101 has only room for 10 calendar entries, which in reality only makes "Brick phone 3.0"...

Is there the option of number screening, message screening and call bearring in NOKIA C2-00. Please reply very soon.